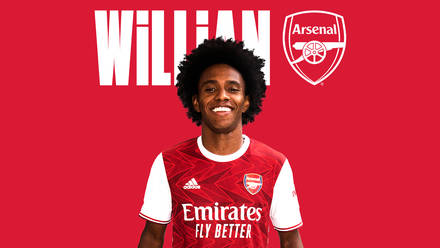 Brazilian winger, Willian has completed a move to Arsenal as a free agent after his contract ended with city rivals, Chelsea.

The Gunners confirmed the transfer on their official website on Friday, stating that the “deal is subject to the completion of regulatory processes.”

Speaking after the signing, manager Mikel Arteta told the club’s website: “I believe he’s a player that can really make a difference for us.”

He added: “We have been monitoring him for the past few months, we had a clear intention to strengthen in the attacking midfielder and the winger positions [and] he is a player that gives us a lot of versatility, he can play in three or four different positions.”

Willian will wear the number 12 shirt, according to the club.