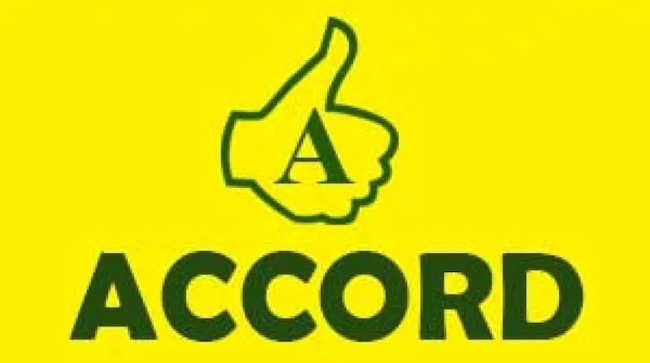 The Accord Party in Ogun State on Sunday rejected the expulsion of three national officers of the party by the National Executive Committee.

The Accord Party’s National Secretary, Mrs. Adebukola Ajaja, had on Thursday announced the expulsion of the three national officers for gross misconduct, insubordination, and breach of the party’s constitution.

The Chairman of the party’s caretaker committee in the state, Alhaji Adekunle Olayokun, who addressed journalists at a press conference in Abeokuta on Sunday, said the expulsion of the national officers did not follow due process.

He said the position was taken at a meeting of the party chieftains held earlier on Sunday in Abeokuta.

Olayokun said the expulsion of the three men was illegal, adding that such action could only be carried out and ratified at the party’s national convention before it could become effective.

He, therefore, declared support for Adeniyi and the other affected national officers.

The Accord Party chieftain warned against further attempts to destabilise the party ahead of the 2023 elections.

He said: “Any further attempt to bring rancour into the party by anyone from now on will be met with stiffer actions like party discipline and court action.

“We are indeed sure of our party’s success in the coming election.

“Day by day, people have been seeing improvements, development, and progress in the Accord Party which has now become the envy of all.”