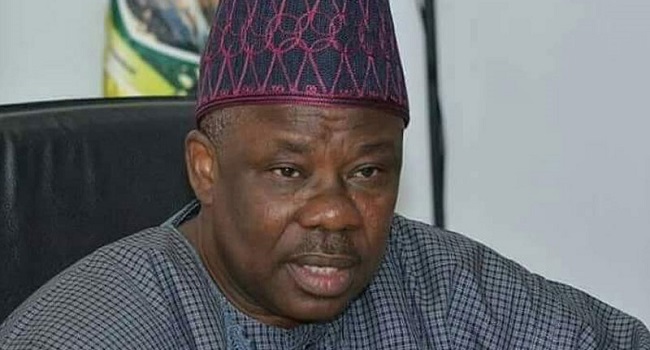 The outgoing Governor of Ogun State, Senator Ibikunle Amosun, has said he would pay about N20.2bn outstanding deductions and salaries his administration is owing workers in the service before the expiration of his tenure.

Amosun, who is a two term governor leaving office on the 29th of May, 2019, also told workers at the May Day in Abeokuta that they start receiving their salaries from Thursday, today, without the deduction of the net rate.

The governor said he had approved the payment of both the April salaries and deductions, saying workers would start receiving alert by Thursday (today).

He said: “You will recall that during our last meeting with the national leadership of the Nigeria Labour Congress in March of this year, I did promise that I would not and I meant it, when I said it that, I would not owe any deduction before the end of my tenure in office.

“Let me say here and now that tomorrow (today), they will credit our accounts with N10.8bn representing all the deductions that we owed the workers of Ogun State.

“We will also pay our April salaries, there will be nothing like net, it will be the full salaries that will be paid tomorrow (today).

“So, tomorrow (today) the accounts of all our workers in Ogun State will be credited with a total amount of N20.2bn.”

The governor however told the workers that there was nothing they could do if he fails to pay them their entitlements if there are no funds to do so.

“There is nothing that will happen if we do not have the money to pay you, even if I said I am going to do this and that, when the money is not there, where will I get the money from? We are only paying you because we all run round to ensure that we find this money to pay you”, Amosun said.

Continuing, the governor revealed that he did not pay the deductions in the last eight years so as to enable his government to pay pensioners.

“…We did not owe pensioners in Ogun State since 2011 that we have been in office; we do not owe a penny.

“When we came, we were told that some of our pensioners were earning as low as N200. But I insisted that no pensioners should earn below N5, 000 and we are planning to push it to N10, 000″, the governor said.