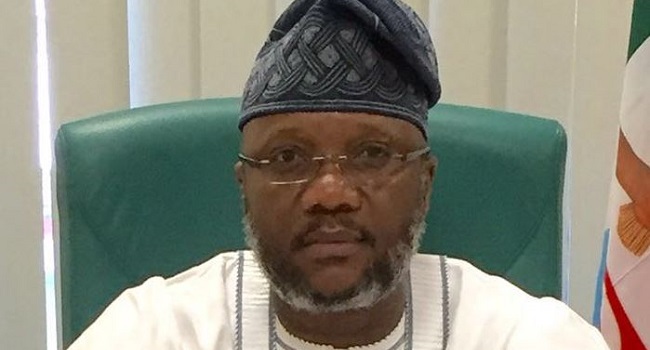 The Ogun State governorship candidate of the Allied Peoples Movement (APM), Adekunle Akinlade, has been mocked over his loss at the election petitions tribunal in the state.

The hit below the belt was initiated by the ruling All Progressive Congress (APC), which described Akinlade’s petition tabled before the tribunal as ‘lazy and shameful’.

The APC in a statement issued on Sunday in Abeokuta by the Publicity Secretary of the Caretaker Committee, Tunde Oladunjoye, said, “It is very shameful for a candidate and party that were touting to govern an educationally advanced state like Ogun”.

Oladunjoye added that; “This has exposed the lack of depth, procedurally contaminated and virus-invested petition to the whole world. In fact, it is very shameful for a candidate and party that wanted to govern an educationally advanced state like Ogun.

“Our advice is for these people to desist from their distractions and join Prince Dapo Abiodun in building the future of Ogun State together. The governor has been running the promised all-inclusive government.”

Recall that the petition filed by Akinlade challenging the election of Dapo Abiodun’s was described as “destined to fail” by the three-man state governorship election petitions tribunal, led by Yusuf Halilu, which upheld the victory of the incumbent governor.