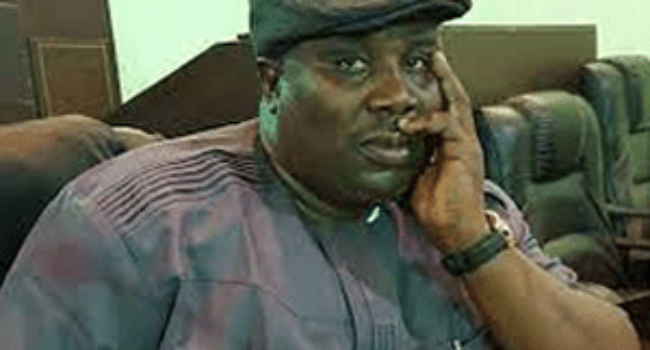 The Ogun State chapter of the All Progressives Congress (APC), has suspended a serving member of the state House of Assembly, Dare Kadiri, over allegations of anti-party activities.

Kadiri, a former Deputy Speaker of the Assembly, was suspended indefinitely on Sunday by the leadership of Ward II in Ijebu North Local Government Area after he was accused of working against the Governor Dapo Abiodun’s second term bid in the 2023 general elections.

The letter jointly signed by the General Secretary and the Councillor representing the ward, Olanrewaju Abiodun and Sobonojo Adeniyi respectively, the suspension was affirmed by the Ward Congress in a meeting held on Sunday.

Among other things, the party leaders accused Kadiri of hobnobbing with the opposition and vowing to work against Abiodun’s re-election.

“Conclusively, 19 out of the 27 Exco members unanimously agreed and voted for the indefinite suspension of Hon. Oluwadare Kadiri (Maba) from ward II APC,” the letter said.

Prior to the suspension, Kadiri was alleged to be behind the travails of the Speaker of the Assembly, Olakunle Oluomo, who was arrested last week by the Economic and Financial Crimes Commission (EFCC).

He was also accused of working for opposition after he recently hosted the governorship candidate of the Peoples Democratic Party (PDP), Ladi Adebutu, as well as vowing not to work for the re-election of Abiodun.