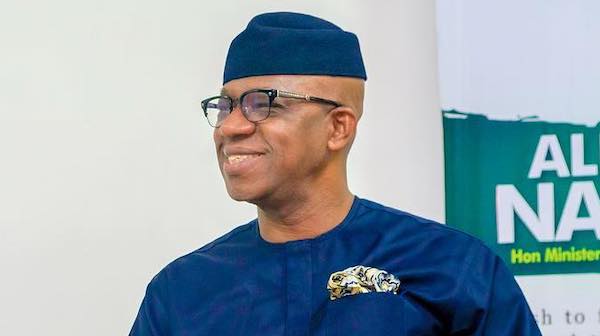 Governorship candidate of the Allied Peoples Movement (APM) in Ogun State, Adekunle Akinlade had filed a petition against the victory of Governor Abiodun of the All Progressives Congress (APC) in the March 9 governorship election.

The court in a unanimous decision dismissed his petition, ruling that it “lacks merit and it is therefore struck out.”

Reading the lead judgment, Justice Muhammed Ambi-Usi Danjuma declared that the 10 grounds filed by the Akinlade and his party challenging the victory of Abiodun had no merits and that the two appellants were overruled because of lack of merit.

The judgement read inter alia “The respective objections raised by the two respondents are overruled and the emotions have no remit, answers to them are sustained and the two motions are dismissed.”

State chairman of the APC, Yemi Sanusi said in reaction: “The judgment says it all, in this part of the world, nobody accepts defeat. We will not be surprised if they move from here to the Supreme Court and we are ready; anytime they want to see us, they will meet us there.”

Oh his part, counsel to the APC and Abiodun, Habeeb Ajayi, appreciated the court for delivering the judgment in good time, saying that the judgment had shown that Abiodun was the governor of the state by lawful votes.

Ajayi added that all the complaints about non-qualification as a result of delivering false affidavit were not applicable and allegations were seen to be frivolous by the court.