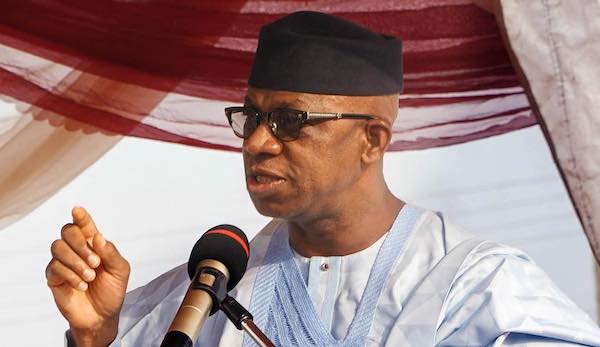 The Ogun State House of Assembly has passed the 2020 Appropriation Bill of N449.97 billion into law.

The assembly retained the budget size as proposed by Governor Dapo Abiodun, with an adjustment to the capital expenditure leading to an increment of N2.1bn for capital projects.

Adjustments in the bill were contained in the report of the House Committee on Finance and Appropriation led by Hon. Olakunle Sobukanla. The report was thereafter adopted by the lawmakers.

The passage of the bill titled: HB. No. 032/OG/2019-Year 2020 Appropriation Law, at the plenary presided over by Speaker Olakunle Oluomo at the Assembly Complex, Oke-Mosan, Abeokuta, followed the presentation of the report of the House Committee on Finance and Appropriation, led by Hon. Olakunle Sobukanla, who thereafter moved the motion for its adoption; seconded by Sylvester Abiodun and unanimously supported by all the lawmakers through a voice vote.

The bill was thereafter read clause-by-clause before the lawmakers by the Speaker, after which the Majority Leader, Yusuf Sheriff, moved the motion for the third reading, seconded by the Minority Leader, Ganiyu Oyedeji, while the Acting Clerk of the Assembly, Deji Adeyemo, did the third reading of the bill.

Passing the bill into law, Oluomo, directed that the clean copy of the bill be transmitted to the Governor for his assent.

The state governor, Dapo Abiodun presented the budget proposal of N449.974 billion for the next fiscal year before the members of the State House of Assembly on December 3.

According to the Governor, the annual fiscal estimate was targeted at reflecting the present administration’s determination to deliver on its electoral promises to the people.