OGUN: Gbenga Daniel of PDP backs APC's Abiodun for being 'son of the soil' | Ripples Nigeria 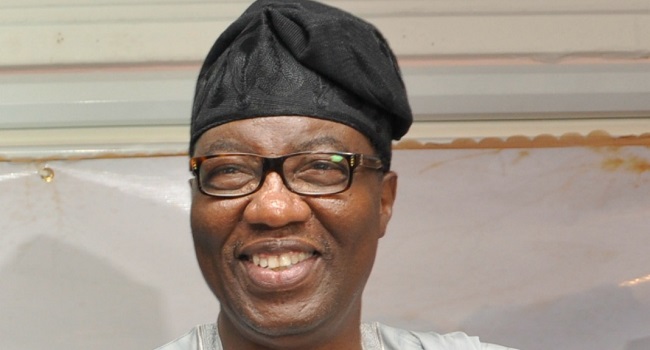 Former Ogun State governor and chieftain of the Peoples Democratic Party (PDP), Gbenga Daniel, has shunned party affiliation in his choice of who becomes the next governor of the state.

The former primary campaign DG for Atiku Abubakar, candidate of the PDP in the recently concluded presidential poll, on Thursday declared his support for the All Progressives Congress (APC) governorship candidate, Dapo Abiodun, who is from the same area as him.

Governorship and House of Assembly elections hold this Saturday, March 9.

Declaring his support for Abiodun at the Remo Resource Centre, Daniel gave two reasons for his decision.

He said the decision was based on the ruling of the court which insisted that Senator Buruji Kashamu remains PDP candidate.

He also claimed that the APC candidate is from Remoland.

Daniel had, until Kashamu’s candidacy was conclusively certified, supported a factional PDP candidate, Ladi Adebutu who is also from Remoland.

“My Dear compatriots, You have noticed my studied silence in our local politics in recent times.

“I have busied myself with national politics having served the state for 8 years.

“I have also been very busy supporting the ambition of the son of our great philanthropist in Remoland to become the next governor of our dear state.

“You, however, would have become aware of the court decision yesterday which did not favour him.

“Going forward, I have directed all our structures statewide to cast all their votes on Saturday for Prince Dapo Abiodun, another bona fide Remo son despite current party differences.

“I, therefore, enjoin all to please go and cast your vote on Saturday for Dapo Abiodun in the overall interest of our people. With best regards,” Daniel’s statement read.