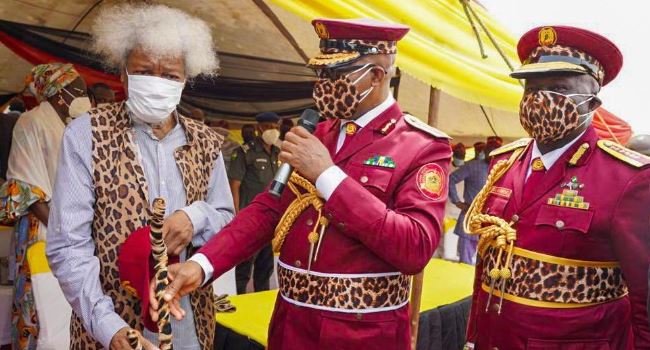 Governor Dapo Abiodun of Ogun State Thursday inaugurated its own wing of the South-West joint security outfit called Amotekun Corps to further strength the security apparatus of the state.

Governor Abiodun during the inauguration at the Arcade Ground, Oke-Mosan, Abeokuta noted that the security crisis facing the state and the nation as a whole needed the cooperation of Nigerians and security agencies.

Soyinka who decried the invasion of his Abeokuta home by yet-to-be-identified burglars said the security outfit is not a replacement of other security agencies.

Prof Soyinka said he reported the incident to the police but no one had given him feedback on the outcome of the case.

Police Commissioner Mr. Edward Ajogun said a lot of ground needed to be covered in the war against crime.

In Easter message Buhari promises to cater for the weak, poor, underprivileged