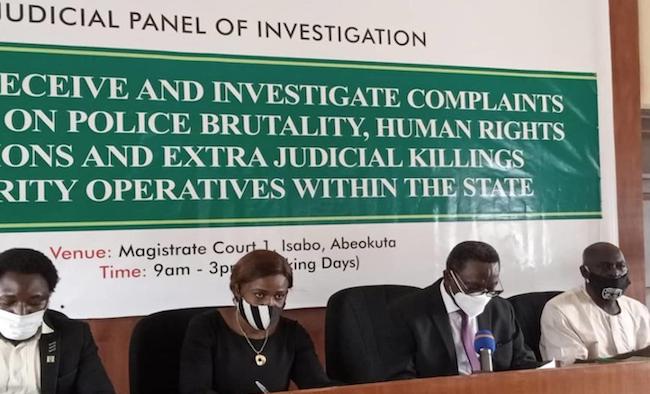 The Ogun State Judicial Panel of Inquiry on Police Brutality and Extra-Judicial killings on Friday submitted its report to Governor Dapo Abiodun in Abeokuta, the state capital.

The panel recommended N218 million as compensation to 42 victims of police brutality in the state.

The Chairman of the panel, Justice Solomon Olugbemi, who presented the report to the governor at the State Secretariat in Oke-Ilewo, Abeokuta, said the team also made recommendations for the investigation, discipline, and where appropriate, prosecution of certain personnel to serve as a deterrent to others

According to him, the panel received a total of 106 petitions out of which 58 were treated and the remaining 48 were either withdrawn, rejected, or abandoned wholly or half-way by the petitioners.

He stressed that police officers questioned by the panel were found to be grossly deficient in knowledge and professional training required for efficiency in the Force.

The panel chairman urged the government to put machinery in place to address the situation.

In his response, the governor assured members of the panel and people of the state of full implementation of the panel’s recommendations.

He thanked the panel members for their selfless efforts and contributions towards the successful completion of the task.

The Ogun State government set up the panel in response to the #ENDSARS protest that rocked the state and other parts of the country in October last year.