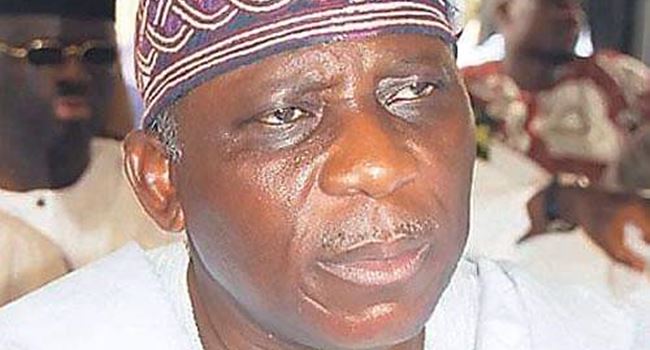 The Ogun State chapter of the Peoples Democratic Party (PDP) has suspended its state Secretary of the party, Semiu Sodipo, for attending a peace meeting held in Abuja.

This was revealed on Thursday by the chairman of the Kashamu faction of the party, Bayo Dayo, who said that the leadership of the party knew nothing about the peace meeting in Abuja attended by Sodipo.

Speaking further, Dayo said that the PDP leadership in the state dissociated itself from the meeting organised by the National Chairman of the party, Uche Secondus, which had some members of the party from the two factions in the state in attendance.

Dayo said, “Sunday Odunjo among others that were taken to Abuja are not our members, they have all resigned except Semiu Sodipo who was our secretary before his suspension.

“For the meeting held in Abuja, we are not part of it. Our former secretary who was present there had been suspended before now but we have been tackling that in-house and that is why we haven’t told you people.

“They are aware of what is happening and if care is not taken, they will be taken to court for contempt of court at the end of the day.”

According to reports, the meeting which was purportedly staged to unite the two factions led by Bayo Dayo and Sikirulahi Ogundele, who were loyal to a former senator representing Ogun East, Buruji Kashamu, and a former member of the House of Representatives from Remo-North federal constituency, Oladipupo Adebutu, reportedly held at the PDP national secretariat in Abuja on Wednesday.