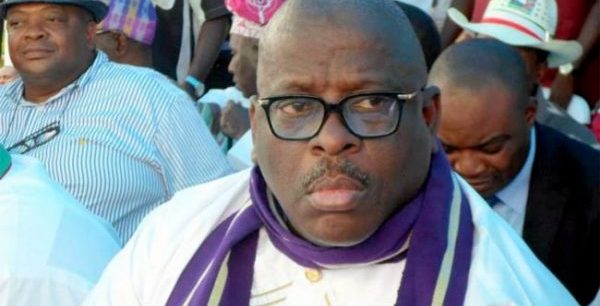 There was blood letting in the Ijebu Igbo area of Ogun State after a clash between some members of the Oodua People’s Congress and a cult group left no less than five people dead including a police inspector.

Trouble started according to reports during a rally organised by a Senator representing Ogun East Senatorial District, Senator Buruji Kashamu with gunfires which started around 5.30pm on Sunday at Oke-Sopen Road spilling over to Oke-Agbo and Ojowo areas of the state.

According to a resident of Ijebu Igbo, the activities of politicians and hoodlums in the area has made people living in the community to become hostages in their own houses.

The resident who didn’t want to be named said; “The Senator held a rally yesterday (Sunday). A fight broke out between the OPC members and some cult members in the crowd over what we do not know and they killed one another.

“Two OPC members and one Aiye cult member died. Another OPC member died in the early hours of Monday, bringing the casualty figure to four,” he added.

Abimbola Oyeyemi, the state Police Public Relations Officer, who confirmed the killing of the police inspector and the injury sustained by another police officer said their patrol vehicle was ambushed and attacked while the police was trying to maintain law and order in the town.

Oyeyemi also added that during the clash, two other persons, who were members of the two warring groups, lost their lives.

The PPRO said; “Some members of the OPC and Aiye cult clashed on Sunday. One OPC member was shot dead and one member of the Aiye cult was also killed.

“This morning (Monday), while our men were on routine patrol, they were ambushed by suspected hoodlums. They shot dead one police inspector and another one was seriously injured. The injured policeman is currently recuperating in a hospital”, he said.