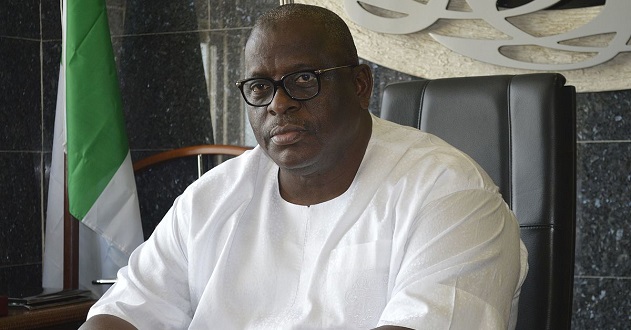 The faction of the Peoples Democratic Party (PDP) backed by Ogun East senator, Buruji Kashamu, remains recognised as the authentic leadership of PDP in Ogun State.

The Supreme Court on Wednesday refused to entertain the prayer by the Prince Uche Secondus led national leadership of the party to stay the execution of the judgment of the Federal High Court in Lagos which recognised the Kashamu faction as the authentic leadership of the Ogun State chapter of the PDP.

Adebayo Dayo is the chairman of the Kashamu faction. The faction has its governorship candidate, Kashamu, as the currently recognised candidate of the party by the Independent National Electoral Commission (INEC).

The national leadership of the party had gone to the apex court with an application seeking both an order for stay of execution of the Federal High Court’s judgment and another for accelerated hearing of the appeal after it was voluntarily withdrawn by the applicant, the Secondus-led National Working Committee of the PDP.

But a five-man panel of the apex court led by Justice Olabode Rhodes-Vivour struck out the application when the matter came up on Wednesday.

Emeka Etiaba ( SAN ) counsel to PDP had withdrawn the application because the respondents (Dayo and others) had yet to file their brief responding to the main appeal.

At the Wednesday’s proceedings, the respondents’ lawyer, Dr Alex Izinyon (SAN), had maintained that his clients had eight weeks to respond to the appeal. He argued that the application for stay of execution and accelerated hearing was therefore incompetent.

The court agreed with Izinyon but asked the appellant to file an application for abridgement of time for the respondent to file their brief in response to the appellant’s brief.

In its judgment, the Federal High Court in Lagos had upheld the validity of the Dayo-led Ogun State’s executive committee of the PDP and ordered the national leadership of the party and INEC to recognise and deal with them until 2020 when their four-year tenure expires.