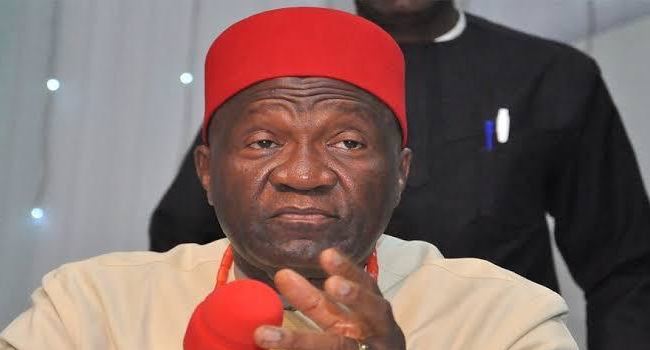 The alleged threat by the Chief of Army Staff, Lt Gen. Tukur Buratai, to impose a state of emergency in the South-East has been frowned at by the Ohanaeze Ndigbo Worldwide.

The Army boss was alleged to have threatened that the states in the South-East would be placed in a state of emergency if governors of the zone allowed any further attack on security forces.

But in a statement issued in Enugu on Wednesday, the acting secretary general and national publicity secretary of Ohanaeze Ndigbo Worldwide, Prince Uche Achi-Okpaga condemned the alleged statement by Buratai.

The group noting it was not in support of any form of violence in South-East states, regretted the statement by Buratai, which it termed an “open threat and warning to South-East governors who, by the country’s constitution, are chief security officers of their states, but are lame ducks in practice as all security commands come from Abuja.

“It was particularly provocative for General Buratai to issue such a warning to governors of the South-East where relative peace prevails while he has not done the same in the North Central, North West, and North East which have become theatres of war, and where army posts and bases have been subjected to incessant attacks by the Boko Haram, ISWA/ISIS, bandits, and Fulani herdsmen, killing and maiming Nigerian soldiers.”

The group wondered where Buratai got the power to issue such a threat which under the country’s constitution can only be carried out by the National Assembly on demand by the president.

The statement added, “It is highly surprising that an army chief who was watching as the governor of Katsina State was negotiating and taking pictures with armed bandits would turn round to threaten to impose a state of emergency in states where unarmed citizens are agitating against the harsh and inhuman conditions they have been subjected to by their country.

“Ohanaeze Ndigbo believes that the threat by General Buratai is a vindication of the belief that the South East is being regarded as a conquered territory, exemplified in the army of occupation stationed in the area.”

Related Topics:BurataiOhanaezesouth east
Up Next

EDO GUBER: Police to deploy 3 officers to man each of 2,627 polling booths