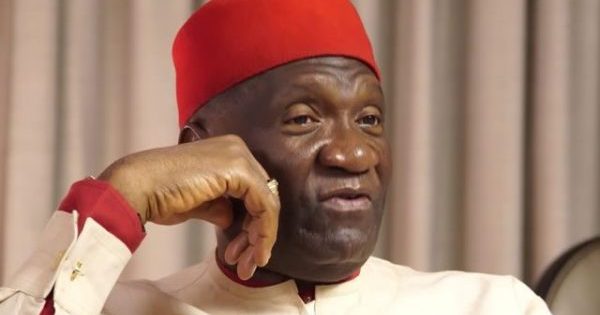 Ohanaeze Ndigbo youth wing has said that the detention of Omoyele Sowore by the Department of State Services (DSS) falls below international standard, calling for his immediate release.

This was contained in a statement the national leader of the group, Amb. Dr. Arthur Uchenna Obiorah, made available to newsmen on Thursday.

Ohanaeze said, “We refute the claims that the group’s intention was to upset the government agenda. The authority should read between the lines and decode the true messages behind the nationwide agitations.

“We request an unconditional release of the Presidential candidate of the Africa Action Congress (AAC), Omoyele Sowore whose detention by the men of the Department of Secret Service DSS, has fallen below international standard that allows freedom of association, expression and assemblage of men of like minds.

“The nation is in dire need of national conference where most of the questions itemized by Sowore are considered for implementation.

“The clamour for #RevolutionNow by Nigerians should be well thought about. It is an avenue where Nigerians explore to pour out their minds on the state of the nation in protest of what they feel is not right within the context of the universal coverage.”

The group went further to urge President Muhammadu Buhari to re-evaluate the request by the southern and middle belt leaders on restructuring of the country.

Sowore had been in the DSS custody since last Saturday for intending to organise ‘Revolution Now’ protest on August 5.

Despite calls from different groups and individuals around the country, Federal High Court sitting in Abuja this Thursday gave the secret police the power to keep him in detention for 45 days.