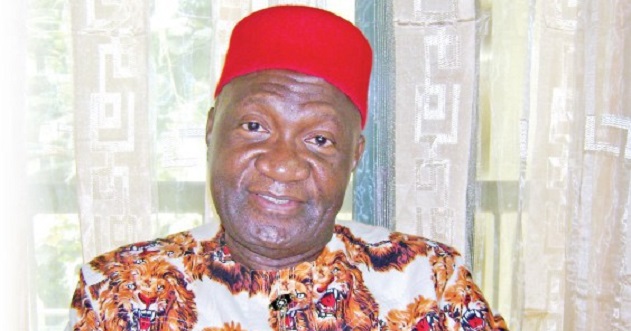 Recent calls for President Muhammadu Buhari’s resignation by Ohanaeze Ndigbo have been condemned and described as “idiotic and barbaric.”

The condemnation is coming from another wing of the Igbo group, the Ohanaeze Ndigbo Youth Council Worldwide.

Following President Buhari’s  travel on May 30, a day after he was inaugurated into second term in office, to attend the Organisation of Islamic Countries (OIC) meeting in Saudi Arabia, Ohanaeze Ndigbo had tagged him a religious fanatic and asked him to resign.

But distancing itself from the position of the apex Igbo group, the youth wing of Ohanaeze leadership described as amazing Ohanaeze’s call on President Buhari to resign.

In a statement by its President-General, Okechukwu Isiguzoro, he said such call was strong enough to plunge the country into a religious war that will consume the country, especially Ndigbo living in the North.

“We disassociate ourselves from any call for the resignation of President Buhari few days after his swearing in, and urge those behind it to have a rethink and stop using Igbo platform for personal vendetta against the Presidency.

“We should be forming alliances and building bridges across the Niger, rather than creating enmity with predominantly Northern Muslims by calling on President Buhari’s resignation on religious grounds.

“We call on Vice President Yemi Osinbajo to douse all fears that could heat up the polity unnecessarily by summoning the Christian Association of Nigeria (CAN) and Pentecostal Fellowship of Nigeria (PFN) to assure the Christian community that in a secular country like Nigeria, everyone is protected. He should also ensure that Mr. President’s Islamic believes are not misunderstood,” part of the statement read.