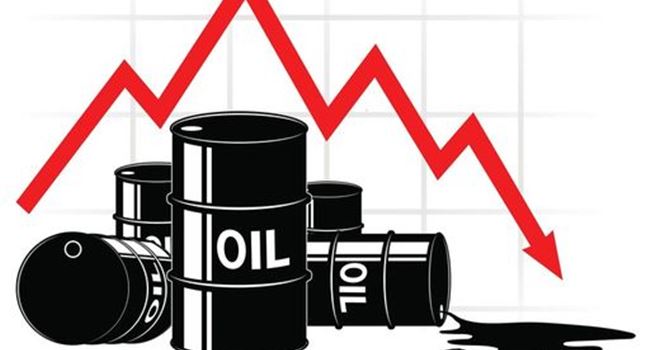 Oil prices declined on Monday over concerns that widening coronavirus lockdowns in Europe would hurt fuel demand and amidst worries about turbulence over this week’s presidential election in the United States.

Brent dived as much as 5.8% and WTI as much as 6% in early trade, touching their lowest points since May.

European nations are re-imposing fresh lockdown measures in an effort to flatten the curve of the pandemic spread that has risen steeply in the past month.

“A lot of traders are now looking at the U.S. and their rising infection rates and wondering if Europe is providing the model for what will happen in the U.S. in the coming weeks,” Michael McCarthy, chief market strategist at CMC Markets in Sydney told Reuters.

Oil reduced losses following growth in Japan’s export orders for the first time in two years and rise in China’s factory activity to a near 10-year high in October. More manufacturing surveys are due from the Eurozone and the United States later on Monday.

Yet, anxieties regarding falling demand and increasing supplies from OPEC and the U.S. caused oil prices to drop for a second consecutive month in October, with WTI falling 11% and Brent 8.5%.

Rising supplies from Libya and Iraq, members of the Organisation of the Petroleum Exporting Countries, offset output cuts by other OPEC members, leading to an uptick in the group’s production for the fourth straight month in October, a Reuters survey revealed.

OPEC and their allies led by Russia, a cartel known as OPEC+, are slashing output by around 7.7 million bpd to bolster prices.

OPEC+ is scheduled to hold a policy meeting on 30th November and 1st December, which a couple of analysts expect to delay plans to increase output by 2 million bpd from January.

Your voice on #EndSARS has been heard at the highest level, Minister tells youth