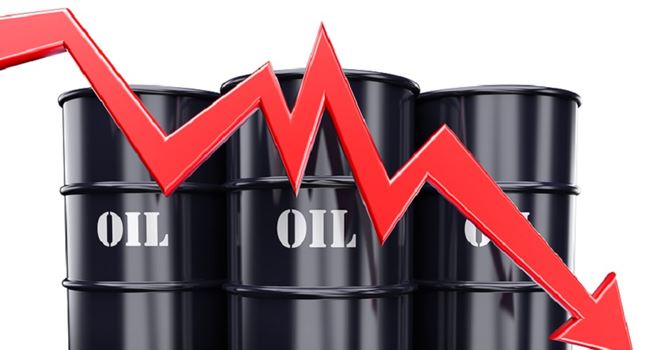 Oil prices fell on Wednesday for the first time in the last few days as U.S. inventories rose higher than anticipated amidst a crash in fuel demand triggered by the coronavirus pandemic.

Analysts believe that investors will be reluctant to increase their purchases of Brent as it has climbed too much over the past streak.

Oil dipped after a report showed that U.S. inventories increased by 8.4 million barrels last week more than expected, according to data from the American Petroleum Institute (API) late on Tuesday.

Oil prices had appreciated in recent times as European and Asian countries had ended their lockdowns aimed at curbing the coronavirus spread and as producers had cut supply following the demand crunch.

“We’re talking about normalisation of supply and demand but we’ve got a long way to go.

“There are a lot of supply cuts that have come through. That combined with some early signs of demand lifting has meant the rate of inventory build is slowing,” said Lachlan Shaw, Head of Commodity Strategy at National Australia Bank.

Analysts also referred to remarks by U.S. shale producer, Diamondback Energy, saying it would consider reviving drilling plans if WTI held above $30 a barrel as an indication that producers will not want to shut in production for long.

“When (prices) start to hold on to those gains, there’ll be a point where producers start to reverse those well shut-ins,” Shaw said.

Gasoline stocks in the U.S., which is the biggest producer and consumer of oil in the world, plunged by 2.2 million barrels according to API relative to analysts’ projections in a Reuters poll for a 43,000 increase.

Traders will be seeking further confirmation of the inventory data when the Energy Information Administration comes out later on Wednesday.

The Nigerian government had on Tuesday said it was revising the 2020 budget to assume an oil benchmark of $20 per barrel.