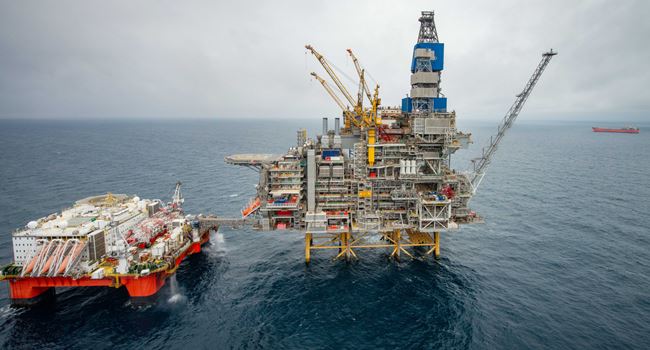 Oil prices fell further on Thursday after a more than 5% fall the day before as U.S. crude stockpiles hit an unprecedented high and a resurgence in coronavirus infections weakens the prospect of a fuel demand rebound.

U.S. crude inventories soared by 1.4 million barrels to a historic high, the Energy Information Administration (EIA) said on Wednesday. This hurt oil prices as other details reported by the EIA such as drop in gasoline stocks could offer only little support.

Tamas Varga of oil broker PVM said “the report was another nail in the bulls’ coffin although it was not as depressing as the price fall suggests. On the positive side, oil consumption is healthy.”

August export plans for both grades alongside those for Bonga and Forcados are set for 743,000 barrels per day (bpd), down by 25,000 bpd from the last month, a Reuters report said on Wednesday.

Oil and equities were also pressured by a spike in coronavirus infections. Fresh cases have ballooned in some U.S. states and Australia reported its highest daily rise in cases in two months.

A resurgence of the virus would stifle economic growth and oil demand, which has been on a rally as some economies eased lockdown curbs.

The International Monetary Fund on Wednesday forecasted a more profound global recession than earlier thought, which is also weighing on sentiment.

A record output cut by the Organisation of the Petroleum Exporting Countries and allies, a grouping known as OPEC+, has boosted the oil market, which is a way stronger relative to April, when Brent touched a 21-year low below $16 per barrel U.S crude went negative.

Investors are waiting to see if OPEC+ to sustain their record cut beyond July.

D’Banj – On the cross of Calvary