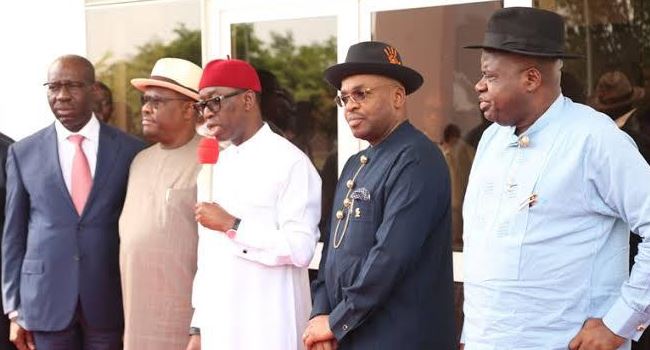 Over N6.589 trillion was received by eight oil-producing states from the Federation Account under the 13 percent derivation principle, between 2009 and 2019 according to a report published by ACIOE Associates.

In the report titled “Impact of the 13 percent Derivation Fund in the Niger Delta’, Funmi Adesanya, project lead, ACIOE Associates, noted that despite the huge fund allocated to the Niger Delta, its researchers found out that access to electricity remained minimal to people in the region, while absence of potable water, deplorable health care facilities and poor educational infrastructure continue to afflict the region.

It stated that: “Most of the basic amenities that exist in the selected oil communities are provided by either joint venture partnerships between the Niger Delta Development Commission (NDDC) or Nigerian National Petroleum Corporation (NNPC) or the International Oil Companies (IOCs), as part of their corporate social responsibility.

“This trend is more prevalent in states like Akwa Ibom, Bayelsa, and Rivers States where the IOCs provide water, health, electricity supply and education facilities pursuant to Global Memorandum of Understanding (GMOU) agreements between the IOCS and the respective oil producing communities in the aforementioned States.

“There is also a lack of a structured framework for commissioning infrastructure projects across the communities, which has left a number of oil-producing communities with little or no infrastructure.”

Also speaking on the findings, Ekenem Isichei, managing director of ACIOE, declared that the findings of the report were corroborated by data obtained from the Office of the Accountant-General, the Nigeria Extractive Industries Transparency Initiative (NEITI), State Government Financial Statements, and interviews with host community members.

Charles Achodo, the special assistant to the Minister of Niger Delta Affairs, called for urgent clarification on the 13 percent derivation principle to forestall further abuse and mismanagement of the funds to the detriment of oil-producing communities.

He said: “When 13 percent is given, the governors share it among themselves. On the part of the Federal Government, they have done a poor job in terms of communication. It is supposed to clarify what the 13 percent is meant for; whether it is for the state or the communities where the oil is produced.

“The Act made it so broad; it did not specify the issue. The Act needed to be clarified, that it is not meant for the entire state, but for the oil-producing communities. Taking the resources at that subsidiary level would help achieve a lot at that level.”