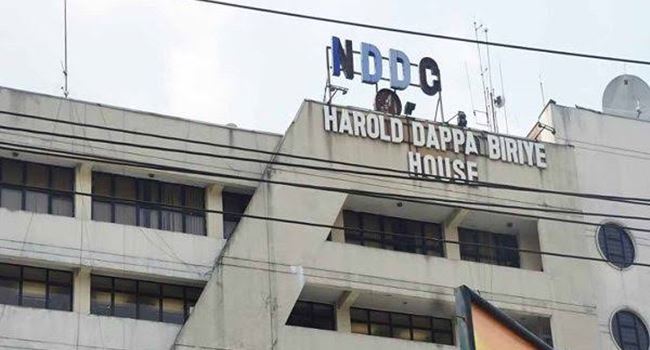 The Host Communities Producing Oil and Gas in Nigeria (HOSCON) has pleaded with the President Muhammadu Buhari-led government not to yield to calls asking him to scrap the Niger Delta Development Commission (NDDC).

The umbrella body of the oil and gas producing communities described the calls as “irresponsible, an insult and gross disregard and disrespect of the untiring efforts” of some people in the Niger Delta working to ensure a better deal for oil communities.

HOSCON made the appeal in a statement issued by its National Leader, Professor Jasper Jumbo, on Thursday.

He said the reason NDDC had so far failed to live up to its expectations was primarily because those who did not understand the vision for which the commission was set, have continued to serve as its managers and directors.

On how to ensure the vision for setting up the intervention agency is realised, Jumbo suggested that “patriotic Nigerians who are genuinely committed to the Niger Delta struggle” got appointed into the board and management of the NDDC.

There have been several calls over the last few months for the scrapping of the NDDC due to alleged massive corruption cases coming out of the interventionist agency.

Many have argued that the commission has been turned into a cash cow by some group of people, to the detriment of the region and the people.

Ripples Nigeria had at various instances carried out investigative reports that had exposed how the commission had abandoned, or even failed to carry out projects for which huge sums had been disbursed.

Recently, acting Managing Director of the NDDC, Prof Kemebradikumo Pondei had fainted at a public hearing by the House of Representatives probing allegations of financial mismanagement and fraud at the commission.

The probe had since been abandoned after that incident.

Related Topics:nddcOils communities
Up Next