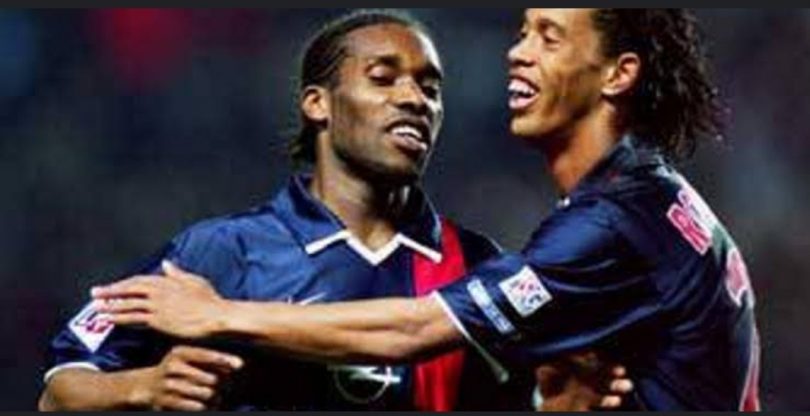 Former Nigeria International, Austin Jay-Jay Okocha and Brazil legend, Ronaldinho made Paris Saint-Germain’s team of the decade – from 2000 to 2010.

Both players made their mark together at the French topflight side in 2001, although Okocha had been at the club about three years prior.

The list was compiled by French weekly magazine, France Football.

“…To support him, the magician from Enugu. Only two seasons in the 2000s but his dribbles and arabesques still resonate in Paris. Jay-Jay Okocha of course!,” France Football wrote. 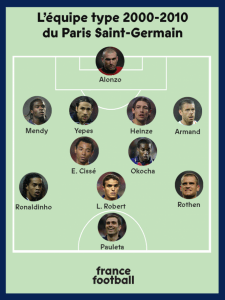 Okocha joined the French capital club in 1998 from Turkish club Fenerbahce for £14 million, making him the most expensive African player at the time.

Meanwhile, Ronaldinho signed for PSG in 2001, made 55 appearances and scored 17 goals, before leaving for Barcelona in 2003, where he won the LaLiga and the UEFA Champions League.

It was during his time at Barcelona that Ronaldonho was voted FIFA Player of the Year in 2004 and 2005.