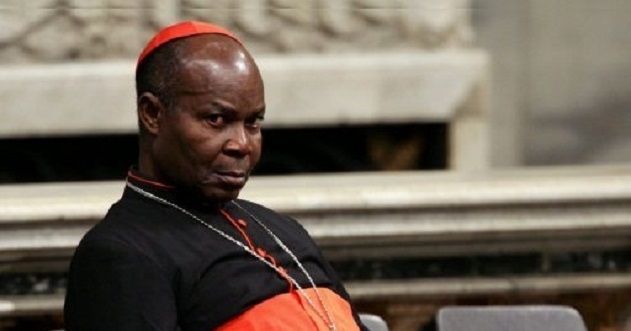 A retired Archbishop of the Catholic Diocese of Lagos, Anthony Olubunmi Okogie, on Friday lamented that the country is sliding back to military era dictatorship with the penchant of the administration of President Muhammadu Buhari for disobedience of court orders and disdain for the rule of law.

Okogie, who frowned at the frequent disobedience to court orders by the Buhari administration, said this in a statement on Friday, titled ‘Corruption and Repression’.

“The painful and sad reality we face is that we live in a country where leaders are very distant from the led. We need leaders who are neither blind to the suffering of the people nor deaf to their cries; leaders who listen to the people, leaders who have the courage to be humble, and who are therefore ready to admit that they are wrong when they are wrong.

“In a democracy, those who govern are chosen by the people to represent the people. And if they are to represent the people, they must listen to the people. Not only do true democrats listen, they also are not afraid of dissenting opinions. They do not arrogate to themselves the power to accuse, arrest, prosecute and convict. But can we candidly say we have democrats at the helm of affairs in this country at this point in time?

“How can we claim to live in a democracy when presidential spokespersons tell us the presidency is always right? It is important to remind our political leaders at the federal, state and local levels of government that they cannot enforce laws if they cannot obey the law”, he said.

Continuing, the former President of the Christian Association of Nigeria (CAN), said: “If the executive disobeys court rulings, and if it intimidates and humiliates the judiciary, then we are back to the era when a military junta made laws and interpreted them without any regard for fundamental human rights. We have returned to a sinful past when citizens could be abducted and locked up in detention without trial under the pretext of acting in the interest of national security.”

He further noted that repression of dissenting opinions was a major factor that led to the end of the First Republic.

“But Nigerians do not want military rule anymore. Having experienced two painful bouts of military dictatorship, two periods in Nigeria’s history when men in uniform, trained and paid to protect the land and its people, visited untold brutality on the civilian population, we all must resolve to be responsible for protecting democracy in this country,” he stated.

According to him, it was during the military rule that Nigeria was plunged into an avoidable civil war, adding that the war could have been avoided if political actors had adhered faithfully to democratic principles.

He added that their failure to do so provided opportunistic elements in the Nigerian military with an excuse for mass murder.

“Innocent lives were lost before and during that war. A month to the 50th anniversary of the end of that war, factors that led to the war are being reawakened. Our democracy is in danger because of corruption and dictatorship,” he said.