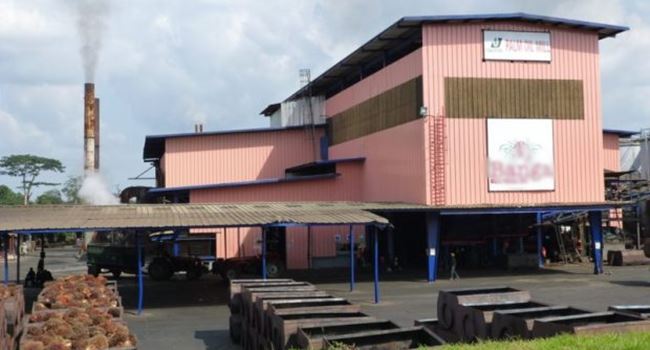 Okomu Oil has accused some residents in its host community in Edo State of stealing the company’s products on the plantation, amid protest from persons living in Marioba and other neighbouring communities.

The palm oil producer said hoodlums and miscreants attack its plantation, stealing bunches of fresh fruit, and in an effort to prevent further attacks, the firm dug trenches around its plantation.

Last week, the company was accused of oppressing and marginalising the host communities around its plantation, as well as blocking roads leading to their environment with the trenches.

In response to the allegations, Okomu Oil, in a statement released on Monday, said the trenches dug were not affecting passage, as it’s on the company’s plantation. The firm described the allegations as false.

The statement signed by the company’s secretary, Chukwue Omerole, said the trenches were needed following unknown gunmen attack on the plantation, which killed one of Okomu’s worker.

“The digging of the trenches was as a result of the recent attack on the rubber plantation by unknown gunmen, coupled with the recurring theft of the fresh fruit bunches by hoodlums and miscreants.

“The Management of the Okomu Oil Palm Company Plc in pursuit of effectiveness, to protect the lives of its employees and to mitigate against the persistent stealing of the Company’s product opted to dig trenches round its plantation to forestall the hoodlums/thieves from crossing into the Company’s plantation”, the statement reads.