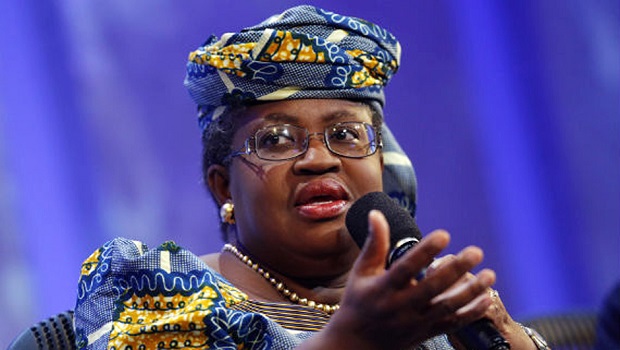 Ngozi Okonjo-Iweala, Nigeria’s onetime finance minister, will receive the backing of European Union governments to emerge the next Director General of the World Trade Organisation (WTO), just as South Korea’s Minister of Trade Yoo Myung-hee will, both of them among the three women out of the five contenders for the top position, Bloomberg reported on Monday.

Envoys from the bloc’s member nations consented in Brussels on Monday, as the build up to the selection of the WTO head approaches its culmination, to endorse Mrs Okonjo-Iweala and Ms Myung-hee, a source close to the matter revealed.

Having hesitated as the only country to join the fray of solidarity behind the women, at a minor meeting of representatives from the 27-country union, Hungary yielded to back their recommendation.

The last two aspirants will be declared after 6th October while a winner will be announced by 7th November.

The vacancy came in August following the resignation of Roberto Azevedo of Brazil one year shy of his tenure end.

Still confronting shocks from the coronavirus crisis, WTO is also challenged by the trade war between the United States and China and is seeing a moment of structural turbulence, marked by “a hobbled administrative system” and absence of capacity to resolve industrial subsidy issues.

Okonjo Iweala, who also was a former managing director in charge of operations at the World Bank, scaled the hurdle of the first round of votes, where three candidates failed to proceed to the current stage.