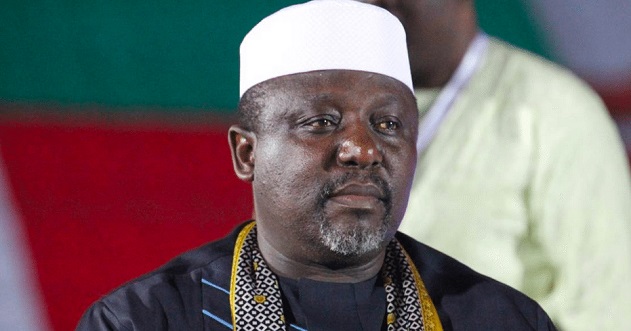 Imo State Governor Rochas Okorocha on Wednesday said that all parties involved in the court case with his deputy, Eze Madumere, have appealed the judgment of an Owerri High Court, which nullified his impeachment by the state House Assembly.

This was as he revealed that the only offence he committed against Madumere was that he did not anoint him as his successor.

The court presided over by Justice B.C. Iheka had on Tuesday, September 25, annulled the impeachment of Madumere.

The impeachment is believed to have been masterminded by Okorocha against his former pal following the rift that existed between them as a result of the governor’s preference of his son-in-law and former Chief of Staff, Uche Nwosu to Madumere as his successor in 2019.

Apparently not comfortable with the outcome of the court judgment and the deputy’s response to it, Okorocha said in a statement by his Chief Press Secretary, Sam Onwuemeodo, that Madumere was wrong to have signed a release as deputy governor, 48 hours to the primary election under the All Progressives Congress (APC), even when he (Madumere) is contesting for governorship.

“The judgment on the impeachment of Prince Eze Madumere was delivered on Tuesday, September 25, 2018. “We had withheld reaction to that judgment because we needed to read it and acquaint ourselves with the crux of the judgment.

“We have read it and the crux of the judgment delivered by Hon Justice B.C. Iheka is that the Chief Judge of the state constituted the seven–man investigation panel outside the seven days approved by law “We hold nothing against the trial Judge and we shall continue to hold the Judge and the Judiciary in general in high esteem.

“We also want to inform the general public that all the relevant parties in the matter have filed their appeals against the judgment and the motion for stay of execution has also been filed.

READ ALSO: 2019: ‘We’re not harlots’, you can’t use and dump us, Wike threatens PDP aspirants

“He signed the statement as deputy governor and at the same time, is parading himself as governorship aspirant on the platform of APC and of course, about 48 hours to the party’s primary for the governorship.

“And we want to state clearly that the only offence Governor Okorocha committed against Madumere who he had carried on his back like a baby for decades and made somebody, is that he did not anoint him as his successor.

“And you now ask whether it is compulsory that every deputy governor must succeed his boss as governor. And if the answer is no, then Madumere should count his teeth with his tongue,” the statement read.