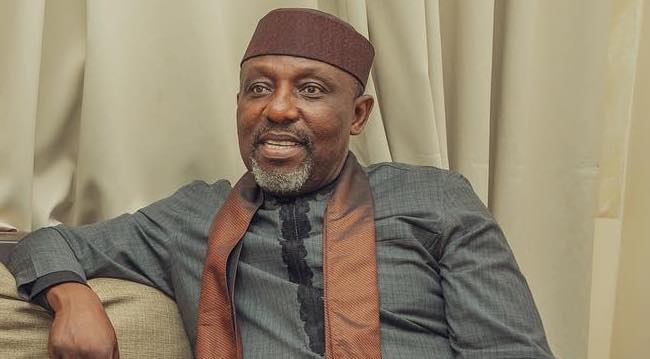 The state has recorded several cases kidnapping, killing and destruction of property in the last few months.

However, in a statement issued by his media aide, Sam Onwuemeodo, Okorocha urged the Inspector- General of Police, Usman Baba Alkali, to investigate the governor’s allegation.

The statement read: “Okorocha had called for the intervention of the Senate and other relevant bodies and persons, all in an effort to see how to end the lingering security problem in Imo.

“One had expected the Imo governor to even commend Okorocha for drawing the attention of the Red Chamber of the National Assembly to what has been going on in Imo, in terms of security challenges.

“Instead of taking that path, the lmo governor decided to take the route of abuses and propaganda against his brother Senator, who had governed the state before him and who is also the Senator of his Zone. He should have collaborated with Okorocha on how to solve the Imo security problem.

“The good news is that Nigerians in general and Imo people in particular, know Okorocha and his history. He has the history of peace, harmony and unity. That is the history of uplifting life and building the nation and tolerance. He has conviviality as a guide or principle. Okorocha loves peace and also pursues peace with vigor.

“We would rather urge the Imo Governor to see every Imo man and woman as a stakeholder in the Imo project. And carry everybody along to see how best, to bring out the long known peaceful state from the current quagmire.

“This is not what Imo was known for. And all hands must be on deck, to get the problem solved. It does not require muscle-flexing. Or push me, I push you.

“Having said all these, it is our candid request that the Inspector-General of Police and other concerned security agencies, should investigate the Imo governor’s accusation against Okorocha, with the aim of finding out the truth or otherwise of this costly accusation. We would also delight that the outcome of their findings be made public in due course.”