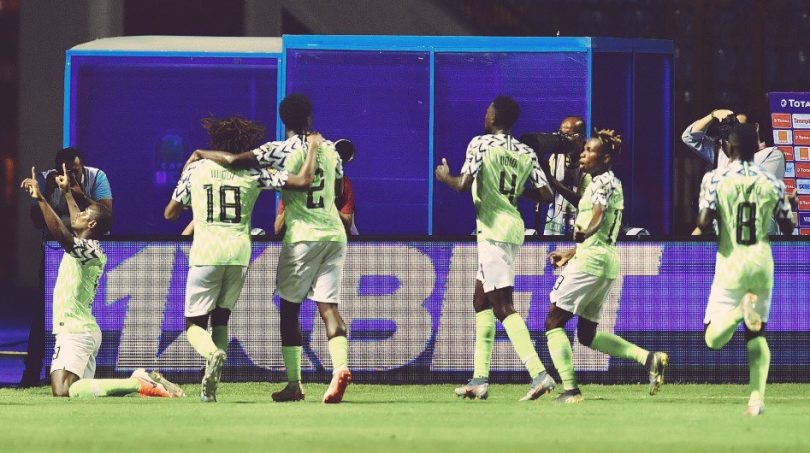 Super Eagles defender, Ola Aina has expressed his excitement after his backheel pass to Odion Ighalo sealed their 1-0 victory over Burundi.

The Eagles started their Africa Cup of Nations (AFCON) campaign with a 1-0 victory against the Swallows over the weekend, and are now set for their second game against Guinea.

The Burundians, who were playing their first ever game at the AFCON, proved very stubborn to Nigeria and even carved out some goal chances for themselves but missed.

The winner finally came in the 77th minute, when Aina, who made the starting line-up because regular left-back Jamilu Collins was injured, threaded a sublime back-heeled pass to substitute Odion Ighalo to score.

”The run from Ighalo was there for me and with the way Burundi were lined up I had to resort to threading the pass with my heel and it came out correctly. It’s about trying to work out something for the good of the team, I’m happy it came off and worked for us,” Aina told reporters at Super Eagles’ base in Alexandria.

Aina who was dropped from Nigeria’s squad to the 2019 FIFA World Cup in Russia looks set to keep his place in the team against Guinea.

The Super Eagles will face the Syli Nationale of Guinea in their next game at the Alexandria Stadium on Wednesday.