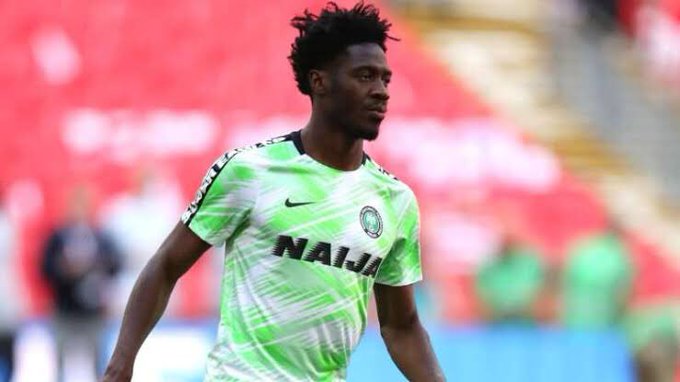 Super Eagles defender, Ola Aina has been ruled out of the forthcoming international friendly between Nigeria and Brazil billed to hold in Singapore.

The Torino of Italy defender was involved in an accident, according the Nigeria Football Federation (NFF), and the injury he picked up will not let him be available for Sunday’s clash.

Just in: Torino of Italy wing back Ola Aina is out of Sunday’s international friendly against Brazil. He picked up an injury after a domestic accident and will not be available. #SoarSuperEagles #Team9jaStrong. pic.twitter.com/dNAQetsCmj

Aina is the third Nigeria player to withdraw from the game after Leganes of Spain defender, Kenneth Omeruo and Girondins Bordeaux of France winger, Samuel Kalu also pulled out due to injuries.

Tyronne Ebuehi and Viv Solomon-Otabor have been named as replacements for the duo, but because of the shortness of the time, Aina may not have a replacement.

The Nigeria vs Brazill friendly will take place at the Singapore National Stadium in Kallang, and will kick off at 1pm Nigeria time.