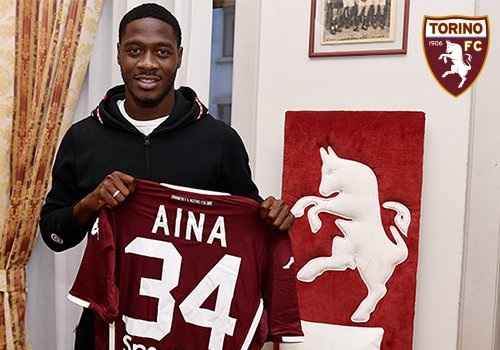 Super Eagles defender, Ola Aina will play in the Europa League next season with Torino as the club was lifted to a place in the qualifying rounds.

This was following the deal struck by AC Milan with Uefa to serve a one-year ban from European football over breaches of Financial Fair Play rules.

Milan finished fifth in the league but will miss next season’s Europa League the Court of Arbitration for Sport (Cas) has excluded them from the competition for overspending.

AS Roma, who came sixth, move up to the Europa League group stage while their place in the qualifying rounds is taken by seventh-placed Torino.

“AC Milan is excluded from Uefa club competitions of the sporting season 2019-2020,” said Cas on Friday.

AC Milan confirmed their “voluntary acceptance” of the ban and said they hoped it would “act as a stimulus” to take them back to the top.

“Whilst saddened by the fact that our fans will not be able to see their team compete in European competition next season, the club recognises and respects FFP,” the club said in a statement.

“The club acknowledges it has no other choice but to accept the sanctions, as it seeks to forge a pathway back to full compliance.

“AC Milan remains committed to restoring the club to its rightful place at the top of European football.”

Milan previously successfully appealed against a two-year ban imposed by Uefa last summer after being found guilty of breaking spending rules between 2015 and 2017.

Under Uefa regulations, any club making losses beyond the permitted limits over a three-year period faces possible sanctions, and in some circumstances, a ban.

Milan were able to take part in last season’s Europa League – going out in the group stage – after appealing to Cas.