OLAKUNRIN: We thought as an ex-general, Buhari would fix insecurity, but we were wrong- Oyinlola | Ripples Nigeria 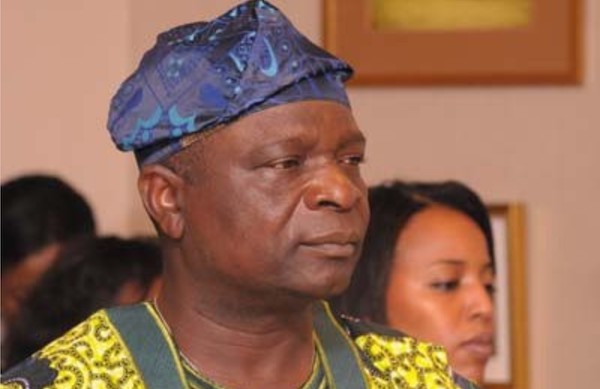 Former governor of Osun state, Olagunsoye Oyinlola, has urged the federal government to squarely face criminals who have declared war on Nigeria.

Oyinlola made the call on Monday while paying a condolence visit to the National Leader of Afenifere, Pa Reuben Fasoranti over the death of her daughter, Mrs Funke Olakunrin, who was killed last week Friday by suspected Fulani herdsmen on Benin-Sagamu expressway.

According to the former governor, President Muhammadu Buhari’s victory in 2015 was hinged on the belief that as a general, the issue of insecurity militating against the country will be dealt with but the reverse has been the case.

He said: “One of the reasons some of us backed President Buhari in 2015 was his perceived competence to security matters given his training and status as a general of Nigerian Army. He needs to redeem his image now that deadly criminals have taken over the land, rubbishing all he has ever lived for.

“He need to come out clearly now, address the nation, outlining clearly his war plans to safeguard the life and property of all Nigerians in all state. Nigerians want to hear him directly not through an aide or party chiefs. He is the one they voted for as Commander in Chief and not anyone else.”

He added that, “The murder of Mrs Funke Olakunrin in broad daylight came as a shock and a rude reminder to all of us that our country is in terrible times. This is a time for all patriots to be sober and reflect on how we got to this Hobbesian point when life has become nasty, brutish and short.

“With this tragic incident and the several reported and unreported ones across the country, particularly in the south-west, it is time to say: enough.

“Certainty of arrest and severity of punishment are time-tested deterrents to crimes and criminality. Criminal, evil-minded persons will always have a free reign where impunity is condoned. Government must not be emotional about arrest and punishment.

“The government has a lot of work to do to convince Nigerians that it is for the law abiding citizens and that these criminals are not above the law. Government must never be seen as being hostage to or complicit of crime and criminality. Governments exist to protect lives and properties; they do not exist to release condolence messages after each avoidable death as this.

“These criminals have declared a war against our nation and we should take the war to them. The federal government is expected to lead this war without bringing politics into it and without any emotional bias against the law. One of the reasons some of us backed President Muhammadu Buhari in 2015 was his perceived competence in security matters -given his training and status as a General of the Nigerian Army.

“He needs to redeem his image now that deadly criminals have taken over the land, rubbishing all he has ever lived for. He needs to come out clearly now, address the nation, outlining clearly his war plans to safeguard the lives and property of all Nigerians in all states. Nigerians want to hear him directly not through an aide or a party chief. He is the one they voted for as Commander-in-Chief, not someone else.”

The former chieftain of the ruling All Progressives Congress (APC) appealed to Nigerians to be vigilant, decisive and cooperate with security agencies in the war against insecurity and impunity.

Extending his condolences to the Fasoranti family, Oyinlola added that “this tragic incident must be the last.”