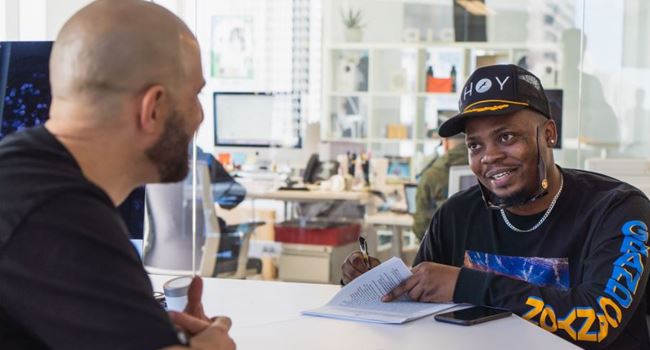 The lyricist who has now joined the growing list of Nigerian music stars with international record deals took to his Twitter page to announce the development in the late hours of February 18, 2020.

Olamide wrote on Twitter; “Happy to announce that YBNL and Empire got a joint venture deal. Myself and Fireboy with any other act i sign next ready to shake the world.”

The San Francisco-based company also announced the deal on its own Twitter page moments later: “Nigeria going global 🇳🇬. Excited to continue this journey with you and the YBNL family @olamide_YBNL #Olamide #YBNL,” the record label minders posted on social media.

Olamide also hinted after his announcement that more albums will be released soon: “Time to get to work and serve you guy’s new Baddo album and new Fireboy album.”

In his reaction to the contract signing, Fireboy congratulated his boss, Olamide, and thanked him for his support.

“YBNL/Empire. Congratulations, King. Thank you for everything,” Fire Boy wrote on Twitter.

As at the time of filling in this report, the full details of the deal was sketchy as large portions of it remain unknown but close sources suggests that the contract with the international music company is mouthwatering. 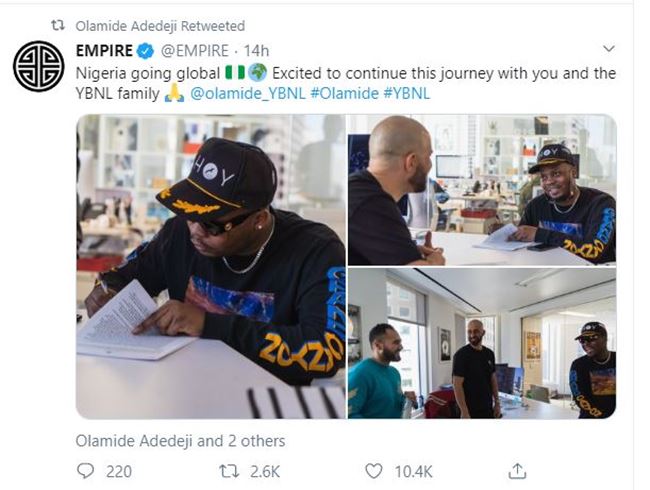