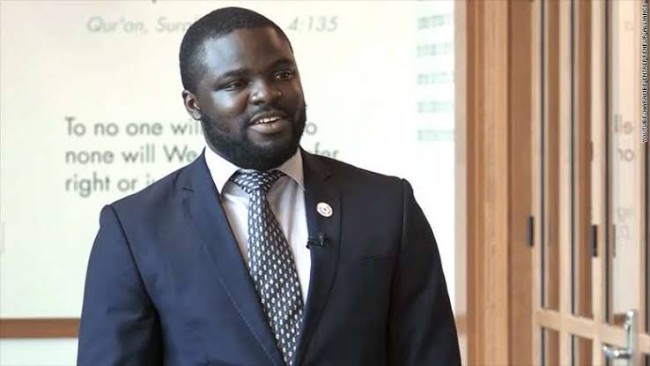 An interview conducted by former Flutterwave Chief Executive Officer, Iyinoluwa Aboyeji, in 2021, has contradicted his claim that there wasn’t any disagreement leading to his exit from the African tech unicorn.

Aboyeji, who is the co-founder of Flutterwave, was said to have been sacked by his co-founder and current CEO of the firm, Olugbenga Agboola, as he was locked out of his company email and slack account.

The disclosure was made by an investigative report this week. And while Aboyeji seemingly admitted on Wednesday, that he couldn’t gain access to his email and slack accounts, the tech investor said he wasn’t forced out.

“Let’s assume this is true (locked out of company accounts), since when did being locked out of email and slack constitute ‘firing’ for a $50m company with investors, a board and corporate governance. David (name of reporter) needs to go to business school if he wants to keep doing business reporting”, he wrote on Twitter.

The co-founder of Future Africa further stated, “By my hand I incorporated Flutterwave May 2, 2016 (while I was still at Andela by the way) and by my hand I resigned with a letter dated Oct 12, 2018.”

Old interview coming back to bite?

Following his denial, Ripples Nigeria understands that Aboyeji indeed was forced out of Flutterwave, as there was bad blood between him and Agboola leading to his exit from Flutterwave.

In the interview conducted five months ago with TopNaija TV, he admitted that the current CEO, who is the owner of Flutterwave (with 59% control) didn’t like the fact that Aboyeji was telling him what to do.

“The reality of all this is that you won’t leave if there wasn’t something right.” he said while responding to a question enquiring if disagreement lead to his resignation from Flutterwave.

“I knew there was a playbook right!, its very simply; leave on a high, make sure you handover to the rightful founders. There’s a bunch of principles for leaving that you’ve now mastered.

“And to be honest, after the first time, you are waiting for it. Because the reality of building startups is that, one is I’m not an ideas (innovator) guy, unlike most people believe, I’m not the one who comes up with the idea, I just take execution risks, where no one else will. I can take a company from zero to 1 and hand it back to the owners”, he said.

His exit, however, met him at an unexpected time, even though Aboyeji said he had been prepared for it, “It happened sooner than we all hoped. But it was always going to happen. If you are the founder of a business, and this guy that you told about the business, rightfully helped you, is now telling you what to do, there’s bound to be some negative energy.

“And that’s really what happened. So once I sensed the negative energy, I was just like, look man, there’s no need for us to do this. I’ve been waiting for you to get here from day one, here’s the crown; goodbye.” Aboyeji disclosed in the interview.

Related Topics:#featuredFlutterwaveIyinoluwa Aboyeji
Up Next