Home » Sports » Oliseh wins case against Fortuna, to be compensated by club 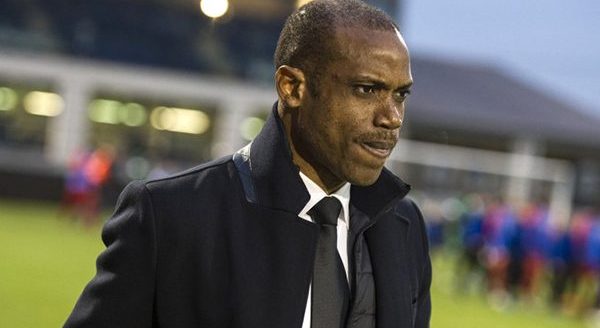 ​​Oliseh, who was appointed manager of the club in December 2016, helped the team avoid relegation that season, and led the club to stay top of the division at some point this season.

But a row broke out between the club and Oliseh, who later went public to say he was sacke​d​ because of his refusal to participate in illegal activities ​at the club that involved ‘Black money payment.’​
Black money payment is an illegal payment for a job done in which tax is not paid to the government and it is punishable in the Netherlands.

​The case has since been in court, but reports in Dutch ​news ​outlets ​Friday​ confirmed the KNVB verdict​, adding​ that the tribunal also ruled that Oliseh is obliged to return to his post as ​the club’s​ manager till the end of May.

The former Super Eagles captain then took to Twitter to celebrate his vindication.

“Dutch court finds Fortuna Sittard guilty for not being a good employer to Sunday Oliseh and sanctions Fortuna. Most importantly The Knvb Court stated that Oliseh has not acted as a bad employee!

“Consequentially, negating false claims made by Fortuna. God is great!

“I am obliged to stay as a Fortuna employee till the month of May 2018.Thanks 2 all my well wishers for your valued support all through this injustice. Thankful to God 4 his blessings!,” he wrote on Twitter.