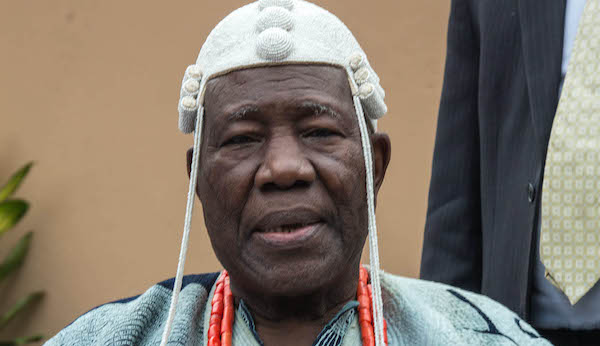 The Olubadan of Ibadanland, Oba Saliu Adetunji, has sent a delegation to Cotonou, Benin Republic, to observe the trial of self-professed Yoruba freedom fighter, Sunday Adeyemo aka Sunday Igboho, in the neighbouring West African nation.

The Beninese government had last week arraigned the activist at the Cour D’Apeal, Cotonou, for alleged illegal possession of the country’s passport.

The court adjourned hearing in the case till Monday.

Igboho was arrested on Monday night in the Beninese capital while traveling to Germany with his wife.

The monarch’s Director of Media and Publicity, Adeola Oloko, who disclosed this in a statement on Sunday, however, did not disclose the identity of members of the delegation.

He, however, said the delegation was sent to observe the proceedings of the court case involving Sunday Igboho.

He said Oba Adetunji had earlier on Sunday met with some leaders of thought on the matter at his Popoyemoja palace in Ibadan.

The development came a few days after some youths stormed the monarch’s palace to protest Igboho’s arrest and subsequent detention in the Benin Republic.

The statement read: “Sunday Igboho lives in Ibadan, got married in Ibadan, reared children in Ibadan, built houses in Ibadan and as such he has the right to be protected by Ibadan Traditional Institution within the ambit of the law just like any human being in Ibadan.”