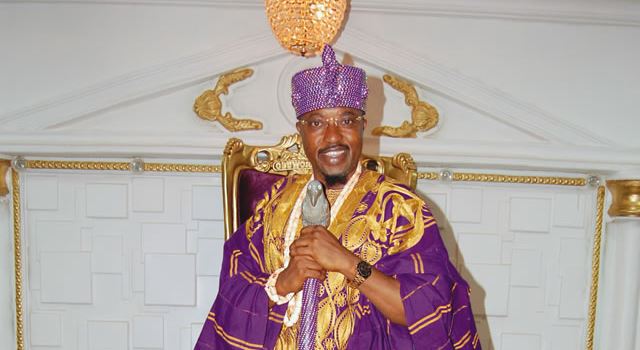 The Oluwo of Iwoland, Oba Abdulrosheed Adewale Akanbi has told Yoruba stakeholders what to do with the new South West security outfit codenamed: ‘Operation Amotekun’.

In a statement on Wednesday by his press secretary, Alli Ibraheem, Oluwo said that Amotekun should be used to curb what he called the incessant traditional corruption and ritual killings in the region.

According to the traditional ruler, there is blood of innocent people on the streets and it is a failure on the part of government, traditional institutions and other relevant stakeholders.

Oluwo said: “Amotekun as an institution should be made to fight traditional corruption most especially ritual killings consuming our children’s blood daily. There is blood of innocent people in the street. It is a failure on the part of government, traditional institutions and other stakeholders that no severe legislation is enacted to punish ritual killers and their accomplice”.

“I want to charge all the stakeholders to streamline the activities of Amotekun to prioritize checkmating of ritual killings to protect innocent lives and enact death penalty for any culprit caught killing human for rituals. I’m not happy with ritual killers.

“They are not human. Government should help us by enacting a law against ritual killers. Whether male or female, anyone killed by ritual killer is my children. It must stop. Humans are not animals that you slaughter, killed and dismembered. It is an aberration. Such is never part of any culture. We should empower Amotekun to challenge such barbaric act,” he added.