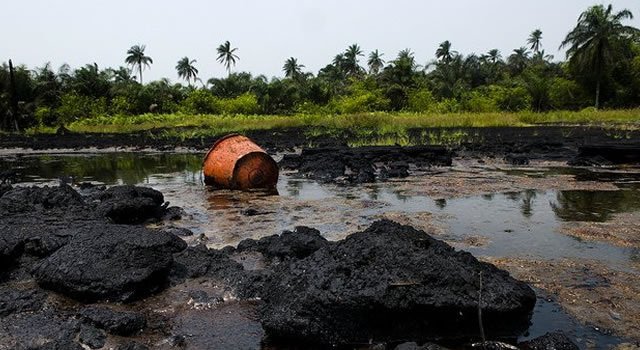 The return of oil prospecting giants, Shell to Ogoni land after the renewal of its OML 11, may suffer stiff resistance as the Movement for the Survival of the Ogoni People, MOSOP, has said the company lacks the moral right to return to their land.

MOSOP, which insisted that the renewal was shocking, described the development as an insult on the collective dignity of the Ogoni people.

According to him, Shell had prosecuted an ecological war against the Ogoni people for over 50 years, sponsored Nigerian soldiers to abuse and trample on the rights of the people, refused to clean-up the lands polluted by the company’s irresponsible business practices and therefore, does not deserve to return to Ogoniland for oil mining.

Calling President Muhammadu Buhari to cancel the licence renewal, MOSOP said it was high time government demonstrated its intolerance for corporate irresponsibility by throwing out Shell from Ogoni and getting the company to pay for the well established abuses in Ogoniland.

Nsuke added: “The news of President Buharis approval of Shell’s mining lease for OML 11 smacks insensitivity to the Ogoni predicament and confirms the intent of government to resume oil production in the area without first cleaning previous mess and address the issues raised by the Ogoni people including the demand for political rights to self determination, the protection of the Ogoni environment and other demands as contained in the Ogoni Bill of Rights.

“It is very disturbing that despite the danger faced by the Ogoni people consequential of Shell’s irresponsible business practices, the Nigerian authorities will still approve a request by Shell to run the Ogoni oilfields.

“Shell on the other hand should have been ashamed of her conduct in Ogoniland and not request a renewal of its license for the Ogoni area. In over 50 years of doing business in Ogoniland Shell has killed the environment and the people and lacks the moral grounds to return to Ogoniland.

“Nigeria has no option than to respect the rights of the Ogoni people as demanded in the Ogoni Bill of Rights as they are justifiable, they are in conformity with natural justice, international law and conventions and are supported by the ideals of the founding fathers of the Nigerian state.”