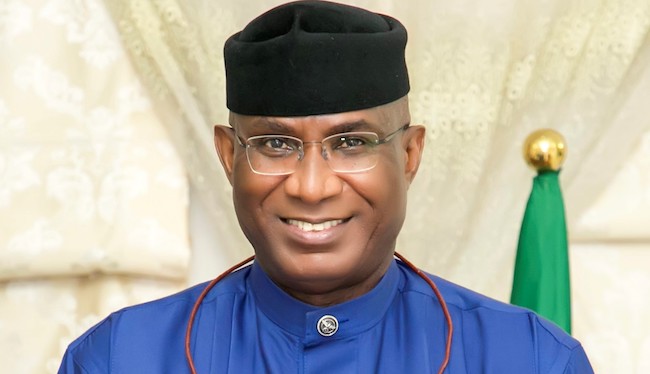 Ovie Omo-Agege, the chairman of the National Assembly Constitution Review Committee, claims that only 11 out of the 36 State Houses of Assembly have shown independence and commitment to the nation in the six months after 44 constitution proposals were enacted and sent to them.

This is because they are the only ones who have given the bills any thought, according to the lawmaker during plenary in Abuja on Tuesday, while speaking about the proposed constitutional amendment legislation.

The legislator said that the 25 more State Houses of Assembly had declined to consider the bills.

The Conference of Speakers of State Houses of Assembly wrote to the Deputy Senate President stating that the remaining states will not act on the measures unless the National Assembly passes four new bills that they have suggested.

“What is happening is the hands of Esau and voice of Jacob, saying that governors of those states that refused to pass resolutions either for or against have been pocketed by their state governors.”

“Six months after the transmission of these bills to the State Assemblies, it is disheartening to inform you that only 11 State Houses of Assembly have demonstrated their independence and loyalty to the Constitution regarding the 44 bills.

“25 State Houses of Assembly have yet to consider and vote on the bills,” Omo-Agege said.

The 44 proposals, according to him, would strengthen independent constitutional bodies and the legislature’s authority, enabling it to function as an effective pillar of checks and balances.

Related Topics:#featuredOmo-AgegeState Assembly
Up Next