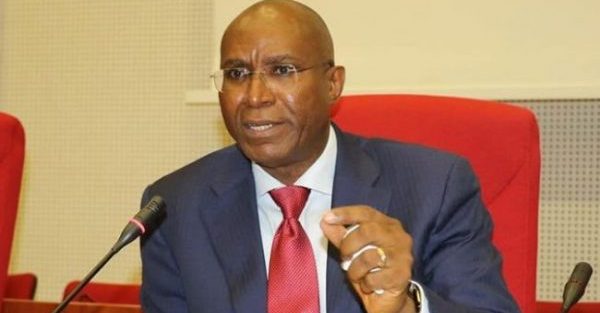 Moves by the Nigerian government to halt the 90 legislative days suspension served on Senator Ovie Omo-Agege for insinuating that his colleagues had targeted President Muhammadu Buhari in their decision to amend the sequence of elections in the country took an interesting turn at the courts on Monday.

Arguing that Senator Omo-Agege lacked high moral grounds to seek justice, counsel for the Senate, Mahmud Magaji, said that the aggrieved Senator had actively participated in dishing out similar punishment to former majority leader, Ali Ndume, who was suspended for allegedly challenging the authority of the Senate leadership under Bukola Saraki.

Earlier, Nigeria’s solicitor-general, Dayo Apata had expressed serious reservations about the unlawful nature of the punishment meted out to Omo-Agege, who has also come under fire for allegedly leading thugs to steal the Senate mace, which was later discovered in the outskirts of the Federal Capital Territory (FCT), Abuja.

“The action of the Senate leading to the suspension of the senator are unlawful. The court should hold so,” Apata said.

Lending weight to the position held by officials of the Nigerian government, counsel to Omo-Agege, Alex Izinyon argued that the procedure adopted by the Senate committee in enforcing the suspension violated Mr Omo-Agege’s rights.

Izinyon said, “It is a violation of order 2 rule (2) (3) of the fundamental rights enforcements procedure rule 2009.”

Ripples Nigeria had reported how the embattled Omo-Agege was suspended for describing Senate’s move to amend the Electoral Act as a plot intended to undo President Buhari at the 2019 polls. Though he begged fellow Senators to forgive his indiscretion, he was nevertheless served a 90 legislative-day suspension.

The court presided over by Justice Nnamdi Dimgba adjourned May 10 for a ruling.

Like UK’s Cameron, Trump harps on massive corruption in Nigeria