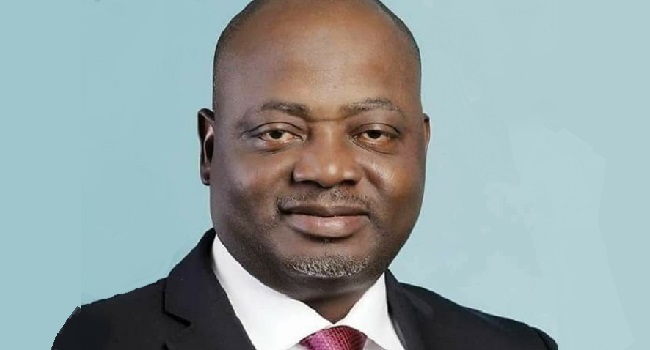 The ruling All Progressives Congress (APC) has described the reaction of Peoples Democratic Party (PDP) to the attack on Senator Ike Ekweremadu as hypocritical.

Ekweremadu, immediate past deputy president of the senate was on Saturday attacked by a mob said to be members of the Indigenous People of Biafra at an Igbo event in Germany.

The attack has since been condemned by the PDP and many other Nigerians.

But in its reaction to the attack in a statement on Monday by its national spokesman, Lanre Issa-Onilu, the APC wondered why the PDP did not condemn IPOB but chose to play politics when the federal government proscribed the group

“PDP (and its members) are raising their voices now. It would be recalled that the main opposition party, the Peoples Democratic Party (PDP) and its leaders chose to play politics over a matter that called for collective patriotic actions when IPOB raised a terror group in the South East.

“It is clear that PDP and its other shortsighted co-travelers who were the main cheerleaders of IPOB owe this country an apology. IPOB hid under regional identity to perpetrate criminality having recruited some misguided elements and miscreants.

“Are we surprised by the PDP’s hypocritical reaction to the unfortunate attack on Senator Ekweremadu? No! The PDP and their leaders have acted true to type. This is what happens when politicians become myopic and allow narrow sentiments becloud their sense of judgment.

“We all have a responsibility to collectively rise against evil wherever we find it and in whatever guise it appears. We hope lessons have been learnt from this unfortunate incident,” Issa-Onilu said.

The Nigerian government had in 2017 proscribed IPOB, one of the groups in the Southeastern part of the country clamouring for the independence of the region, and branded it a terrorist group over its alleged violent activities.

Some Nigerians then, including some PDP members had condemned the action, arguing that the government should have instead, explored the option of dialoguing with the group instead of branding them a terrorist organisation.