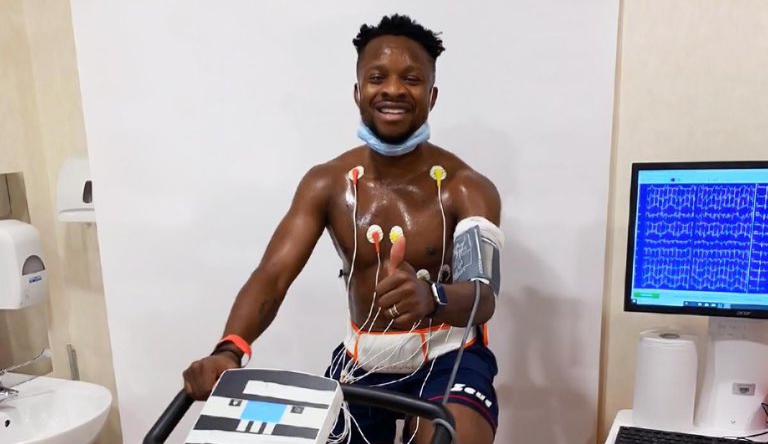 The 27-year-old joined the side on a free transfer having severed ties with his former club in Turkey, Denizlispor.

He terminated his contract with the Turkish Super Lig side over unpaid wages – a problem that must have risen due to the coronavirus pandemic.

Onazi will now play alongside compatriot and striker Simy Nwankwo, who fired the club to the Italian topflight after finishing as top scorer in Serie B lat season.

Onazi started his professional career at another Serie A club Lazio in 2012.

The combative midfielder scored four goals in 76 league appearances for the club before linking up with Trabzonspor in 2016.