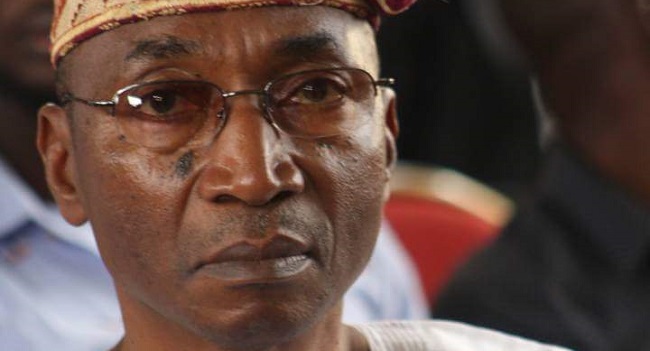 The national leadership of the Action Alliance (AA) has said it would fight politicians parading themselves as candidates of the party in Ondo State.

The party said politicians, including Tunji Abayomi who has declared himself the party’s candidate for Ondo North senatorial district, and a House of Representatives member representing Akoko North East/West Constituency, Hon. Friday Olemija and two other candidates for the National Assembly election, were all impostors.

A statement issued and signed by the party’s National Vice-Chairman (South-West), Hon. Adewole Joshua, maintained that “the party does not recognize the people parading themselves as our party’s candidates in the state.”

Adewole said the party was aware that the state governor, Rotimi Akeredolu had supported the politicians to contest the elections.

He said “the public should note that Mr. Olatunji Adeoye Felder, Mr. Tunji Abayomi, Hon. Friday Olemija, Dr. Segun Ategbole, and others are not candidates of our party in Ondo State.

“The truth of the matter is that the governor has no power to interfere with the internal affairs of our party, AA.

“Nobody can impose candidates on the AA. For this reason and others, the impostors are merely wasting their time.”

“As you are aware, the impostors are not products of any primary election that was conducted by the Action Alliance in Ondo State.

“In fact, Mr. Tunji Abayomi, Mr. Olatunji Adeoye Felder, Hon. Friday Olemija, Dr, Segun Ategbole and others are not bonafide members of Action Alliance. Nobody can come into our party through the backdoor. It is not acceptable. The AA shall not accept it.

“Therefore, if you are not a member of AA, you cannot emerge as the candidate of AA for the general election. We warn the impostors to stop parading themselves as candidates of our party forthwith.”

“The authentic candidates emerged through adoption method on the 2nd of October, 2018 at the level of the State Think-Thank Committee in accordance with the provisions of our party’s constitution.

“Finally, the Action Alliance in Ondo State wishes to categorically state that we shall not allow Akeredolu and the impostors to hijack our party.

“We have laboured so hard to nurture our party to its present appealing state. We are ready to fight the impostors through all lawful means.”

News of me endorsing Atiku is fake, Moghalu

BUHARI TO NIGERIANS: As your President, I urge you, do not be afraid, go out and vote