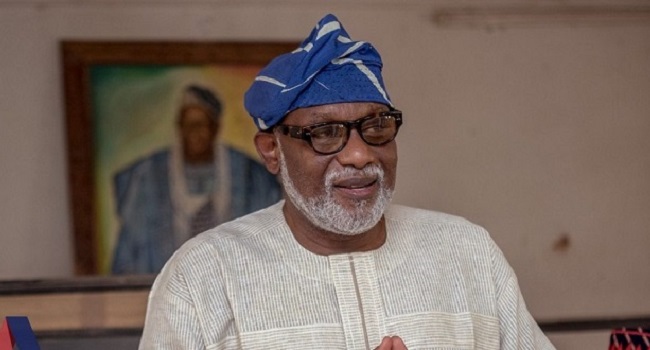 The Ondo State chapter of the All Progressives Congress (APC) has called on the military command to investigate the roles played by its personnel before and during the state House of Assembly election in Idanre, Idanre Local Government Area.

In a statement by the state Publicity Secretary, Mr Alex Kalejaye, on Wednesday in Akure, the party alleged that the “wife of a former Chief of Army Staff, turned the peaceful town (Idanre) to a theatre of war.”

Kalejaiye said, “The entire place was militarised. ” Consequently, members of APC were maimed, brutalized, harassed, intimidated, and scared away from performing their legitimate assignment.

“It is, therefore, important for military command to investigate this target on our party members and ensure appropriate sanction to erring personnel,” Kalejaye said.

He added that the party would challenge the alleged illegality perpetrated in Idanre and other places in the state, “with a view to retrieving our stolen mandate.”

The party’s spokesman enjoined the opposition parties in the state to learn to accept defeat without sulking; and support the sincere efforts to enhance a solid economic growth in the state.

He negated the claim of the Peoples Democratic Party (PDP) that the governing party financially influenced voters in the Saturday polls.

“The allegation is not only fraudulent, baseless and unfounded, it is incongruous with the anti-corruption stance of the APC-led government.

“To the leadership of the APC, every election is an opportunity to gauge the party’s strength and popularity; therefore, we ensure vigorous but peaceful campaigns, stating in unambiguous terms our plans and vision for the people,” he said.

Kalejaye added that the people of the state still appreciated the APC as a party that cares for the genuine development of the state. He, however, commended all stakeholders for the conduct of the election, saying it was largely and reasonably fair and peaceful, except in a few LGAs.

You cannot withhold my certificate of return, Okorocha tells INEC