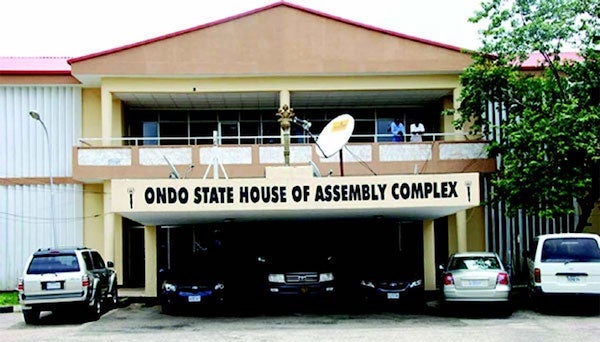 The lawmaker, who is a member of the Zenith Labour Party, was suspended for using vulgar language during plenary.

The assembly had last month suspended three lawmakers for a similar offence.

The trio —the Deputy Speaker of the Assembly, Iroju Ogundeji, Mrs. Favour Tomomewo and Mr. Adewale Adewinle —were among the nine lawmakers that opposed the impeachment of the embattled Deputy Governor of the state, Agboola Ajayi.

They were accused of violating the House standard rules at the period.

Related Topics:LawmakerOndo Assembly
Up Next