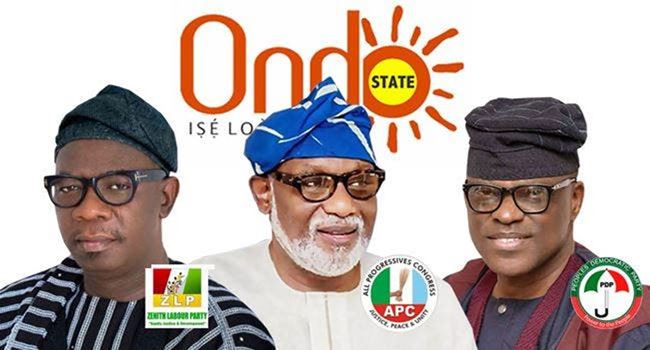 Ahead of Saturday’s governorship election in Ondo State, candidates participating in the exercise have signed a peace agreement to ensure violence-free poll and to accept the outcome.

The Ondo State election is expected to be a battle majorly among the incumbent governor and candidate of All Progressives Congress (APC) Rotimi Akeredolu and those of the Peoples Democratic Party (PDP), Eyitayo Jegede and the Zenith Labour Party (ZLP), who is the current deputy governor of the state, Agboola Ajayi.

Thirteen candidates of other political parties participating in the Ondo State election also signed the pact organised by the National Peace Committee (NPC).