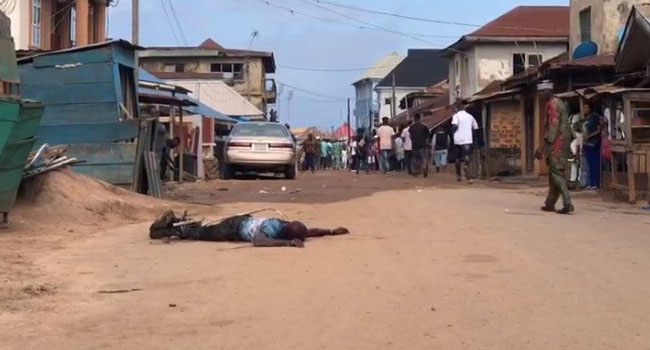 A man simply identified as Gboye has been stabbed with a broken bottle in Ward 4 unit 002 in Ijomu/Obanla.

The victim, a strong fan of a major contender was stabbed when rival party supporters clashed at the polling unit, the News Agency of Nigeria (NAN) is reporting.

Meanwhile, calmness has been restored to the center by the security operatives.

Speaking on the incident, Deputy Commissioner of Police in charge of investigations, Lanre Bankole, said the victim, who was rushed to the police clinic in Akure, was now stable, and that two suspects had been apprehended in connection with the attack.

He denied that the gunshots heard within the time of the attack on the individual were not from police guns and assured that in due time investigations would reveal what really transpired.

Related Topics:GboyeOndo Election
Up Next