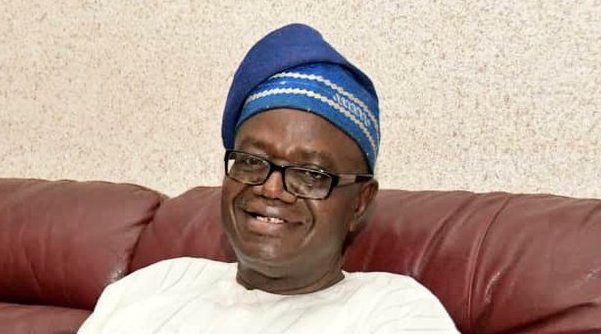 Some indigenes of Ondo State on Friday rejected the portfolio of Minister of State for Labour and Productivity assigned to the minister from the state, Senator Tayo Alasoadura.

They conveyed their grievances in a statement issued by the Akure Community Development Forum (ACDF) and signed by its Chairman and Secretary, Chief Reuben Fasoranti and Eniola Olusola respectively.

According to the community, “assigning such a distinguished Nigerian to a junior ministerial status is not only an underutilization of his capacity but a marginalization of the people of Akure in particular and Ondo State in general.

The group also maintained that the president retained the status of Minister of State for Ondo State in his administration, having given the same status to the last appointee from the state in his first term in office, saying the state remains the only state in the South West that has no substantive minister in the cabinet.

The group also added that “the people of Akure express reservations over the portfolio of Minister of State for Labour and Productivity given to Alasoadura and therefore plead with the President to consider a review of this.

“Alasoadura possesses a rich and impressive profile, resume and pedigree and has contributed in no small measure to the development of the country, as attested to by many of his former colleagues in the Senate during his ministerial screening last month.

“Alasoadura was a member of the 8th Senate and Chairman of its Committee on Petroleum (Downstream), which saw to the successful passage of the all-important Petroleum Industry Governance Bill after several years of failed attempts by his predecessors.

READ ALSO: APC will continue to govern Nigeria beyond 2023 —Oshiomhole

“A Chattered Accountant of decades of professional experience and service, Alasoadura was a Commissioner for Finance in Ondo State for six years and was the Chairman of the Conference of Finance Commissioners of the 36 States of the Federation, working tirelessly with the federal government to streamline allocation of resources to the three tiers of government without much crisis during that period”

The group, however, drew attention of the president to what they termed imbalance, urging him to urgently correct it to give the people of Akure and indeed Ondo State a sense of belonging and their rightful place in the federal cabinet.

The group, however, offered their congratulations. “We congratulate President Muhammadu Buhari on the inauguration of his Next Level cabinet for his second term administration and wish all the newly inaugurated Ministers successful tenure in office.

“We also congratulate our son and the Minister from Ondo State, Senator Tayo Alasoadura, on his swearing-in as Minister of State for Labour and Employment, as well as on his 70th birthday and wish him many more years on earth and in service to humanity”, they said.