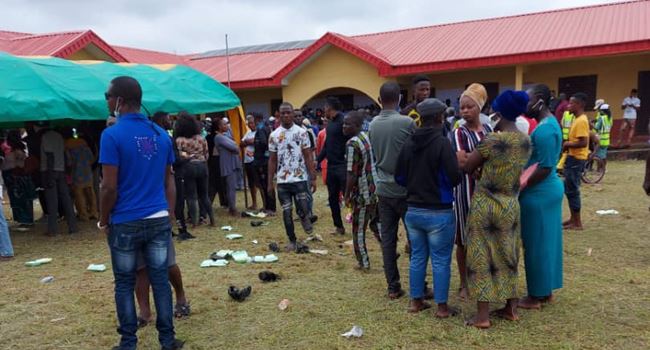 Yiaga Africa has said that there were vote buying and other electoral offences during the Saturday governorship election in Ondo State.

It said the offences were done in the presence of security operatives, who made no attempt to reprimand the culprits.

Yiaga Africa, a non-profit organisation and one of the observers during the election, stated this at a press conference after voting ended on Saturday.

“The vote observers reported the presence of an average of 4 polling officials in the polling units. Sensitive materials like smart card reader and voters register were present in 100% of polling units.

“In Atijaye community in Ilaje LGA with 5 polling units, @inecnigeria deployed to only two polling units. This led to late commencement of polls.

“Armed thugs made attempt to disrupt elections in some polling units. Yiaga Africa received critical incident in Ijomu ward 4, polling unit 7 where a thug attempting to disrupt the process was stabbed by rival thug.

“Yiaga Africa received reports of vote buying from Akure South LGA, Ose, Ondo west, Ilaje and Akure North. Across several polling units, the secrecy of the ballot was compromised despite attempt by polling officials to prevent voters from showing how ballot papers were marked.

“It is also important to state that most of the vote buying electoral offences were done in the presence of security who made no attempt to reprimand the culprits.”

Reflections on 60 years of U.S.–Nigerian engagement