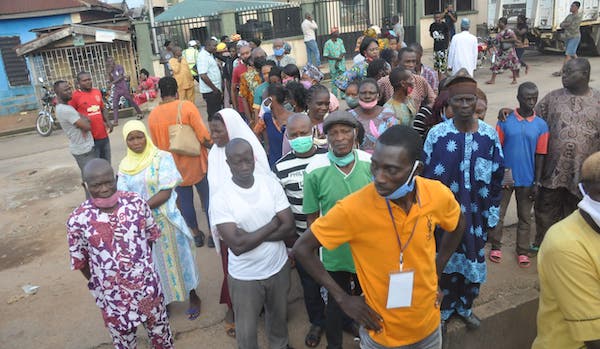 The Ondo State Police Command has confirmed that there was sporadic shooting at Pollíng Unit 11, Edo Lodge in Oke Ijebu, Akure on Saturday.

Ondo police spokesman, Tee-Lee Ikoro, who confirmed the incident to newsmen in Akure, said that no casualty was recorded.

Tee-Lee Ikoro also confirmed that Mobile Police operatives have been deployed to the scene of the incident to calm voters and residents in the area.

This came after State Police Command also confirmed the stabbing of a man by unknown hoodlums at a polling unit in the state where the gubernatorial election is holding.

The incident was confirmed by the Deputy Commissioner of Police in charge of investigations, Lanre Bankole, who said that the victim is now in stable condition.

Related Topics:#ondodecidesondopolling unit in Akure
Up Next

Reflections on 60 years of U.S.–Nigerian engagement