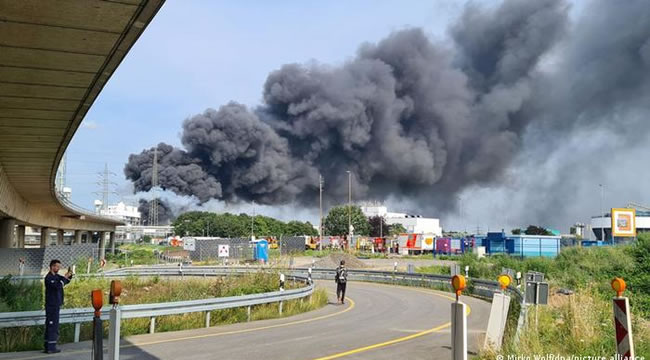 One person has been confirmed dead while four were declared missing and several others injured after an explosion rocked an industrial park in the western German city of Leverkusen on Tuesday morning.

The explosion, according to the local fire department, happened at 9.40 a.m. local time, causing a fire at a fuel depot at Chempark, an industrial park for chemicals companies including Bayer Baygn DE and Lanxess LAXG.DE, the report said.

“Several staff were hurt, with at least two seriously injured, and five people were missing. It is not yet clear what caused the explosion and the subsequent fire,” the report said.

Local police have asked nearby residents to remain indoors and keep doors and windows closed, as well as turn off air conditioning systems while it measured the air around the site for possible toxic gas.

More than 30 companies operate at the Chempark site in Leverkusen, including Covestro, Bayer, Lanxess and Arlanxeo, according to the website of Chempark.

Bayer and Lanxess in 2019 sold Chempark operator Currenta to Macquarie Infrastructure and Real Assets for an enterprise value of 3.5 billion euros ($4.12 billion).